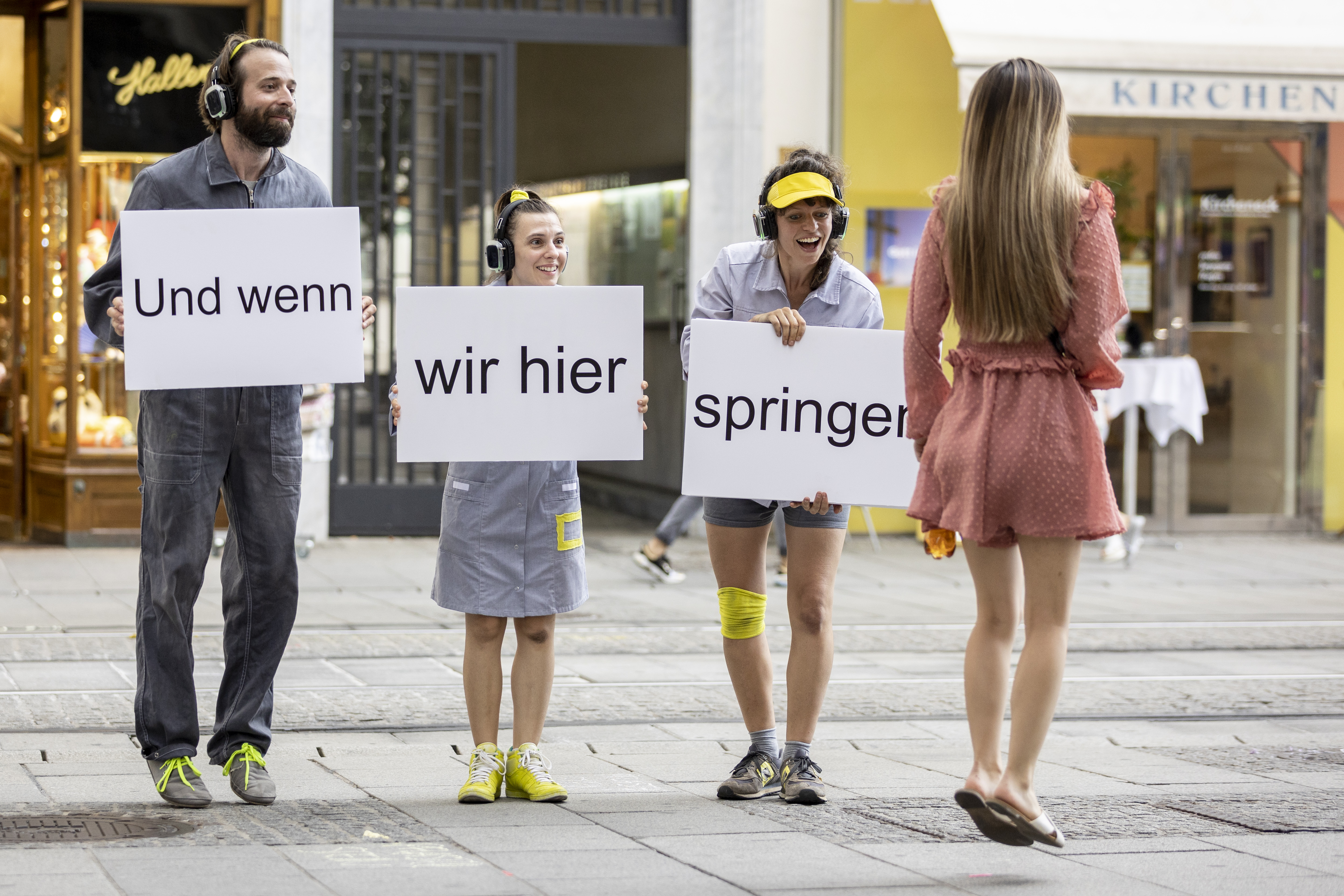 An invitation to halt

An opportunity to look another in the eye

A space for understanding and appreciation

A tribute to the present and to everyday life

An invitation to open one’s heart

A silent revolt against the capitalist way of thinking

[ The Frame ] is inspired by Georges Perec and his observation and arrangement of various materials. It asks us to have a seat before the flowing life of the city so that we may observe it, consider it, and compute, label, and share it… Four figures trained in the disciplines of observing and arranging space, things, and beings translate what is going on through the use of letters that become words and words that become sentences. For a while, EVERYTHING becomes a great theater play that never ends. A play without a plot, a play that seeks to balance on the imaginary edge of the triviality of the things that happen. A play under a magnifying glass. [ The Frame ] is an invitation to open one’s heart and eyes to small, unimportant things. [ The Frame ] is a great opportunity for anything. It is a radical exercise.

The audience is taken to a “pop-up theater” in a quiet side street, where they sit and watch the everyday life that plays out before them on a much larger, busy street. Through headphones, an audio universe reflecting what is happening lets them “travel” into EXPERIENCED PRESENCE, where they remain for forty-five minutes. This constant presence is all that happens during the intervention. The four characters delve into the vertiginous present, describing and translating it with poetic simplicity using a number of different forms of expression: live audio, signs, pre-recorded text, live text, voice, interviews. Within this expanded performative space, they create a play involving the people (and animals) inside the picture, the people in the adjoining space on margins of the field of view, the audience as observers, and the actors.

A playful space, a poetic space, a space of surprises and spontaneous actions, a space of immediate presence, a space that questions the conventions of theater and the usual use of public space. 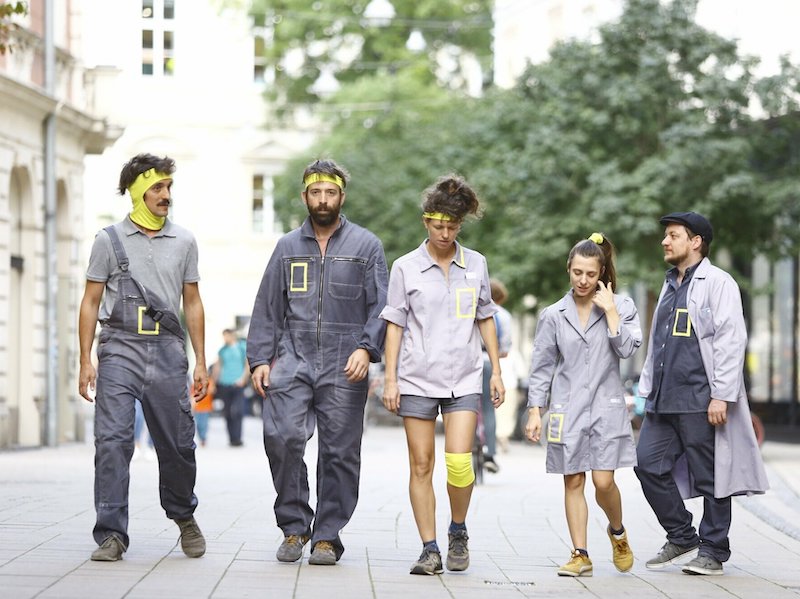 Eléctrico 28 is a collective which nurtures the ecosystem of the daily human (and animal) life displayed in open-air heart-and-humor-made immersive street performances.

The 27th annual international contemporary art festival 4+4 DAYS IN MOTION will take place from October 5 to 16, 2022.