A generous, ironic and joyful gesture 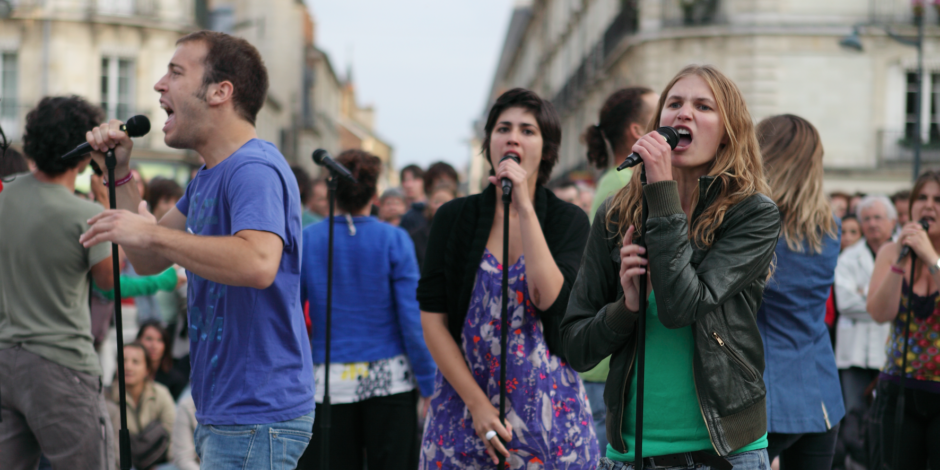 with 'We can be heroes

In 2009, Les Tombées de la Nuit hosted for the first time this incredible implicative performance by Arnaud Pirault, sealing a bond that would lead to the creation of The Playground (2012), then Pride (2014), and the return of We can be Heroes in 2012 and 2018. This year, the show will be given for the first time in a "kids" version, with a group of children and teenagers who will have worked in the workshop on the playback of this new set-list of nine songs, to propose this generous, ironic and joyful gesture. A founding and unifying act, in the eyes of all.

About twenty feet with their microphones, a space of a few m2 delimited on the ground by an adhesive, a discreet sound system which broadcasts a compilation of contemporary pop, and singers in playback. This is the whole brilliant device, at the borders of theatre, performance, happening and collective creation imagined by Arnaud Pirault almost fifteen years ago. First staged as a performance by actors, with twenty members of an urban musical commando taking over the public space, We can be Heroes found its meaning by focusing on anonymous actors. Voluntary silent singers who become, for the time of a little musical tour, the real "heroes" of this performance in situ and in the open air in the public space.

The emotions at play during these performances are difficult to describe. They left a lasting mark on the people of Rennes and the people of Rennes. Our accomplices from Groupenfonction are therefore returning once again to where it all began, bringing on board voluntary singers who, this time, will be children and teenagers and with, for the occasion, with, for the occasion, a new playlist. A daring bet, a catharsis, a trance, a group therapy, an exploration of the territories of intimacy and of the relationship between actor and spectator... Above all, the magic of an overwhelming gathering in joy, openness and desire. 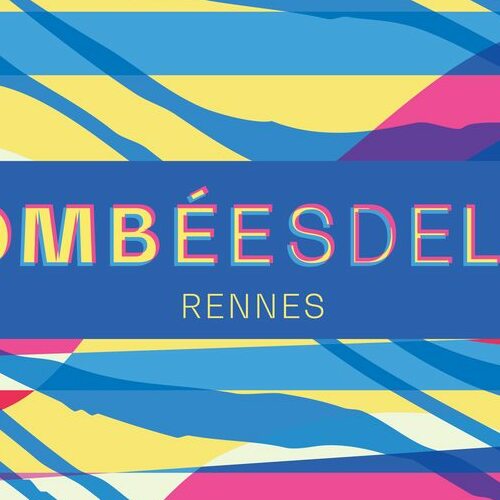 Amid the din, noises and anxieties of the world, the time of the festival resumes its rhythm for new adventures in the territory of Rennes, France.