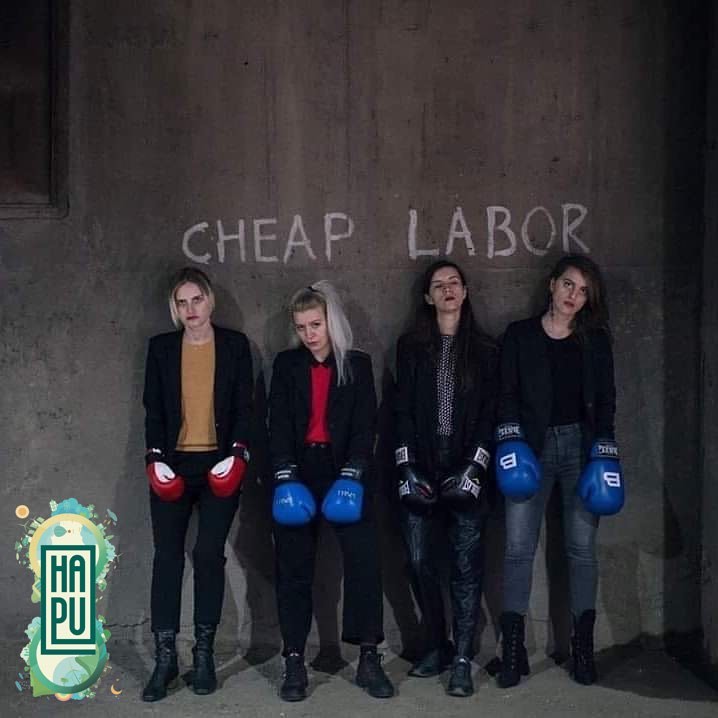 with 'Give it with Mouth'

HAVEIT is a group of artists made up of two sister couples - Alketa and Arberore Sylaj and Hana and Vesa Qena - founded in 2011 in Pristina, in the form of protest as a result of a local crime where at the age of 27 student Diana Kastrati you have been shot to death in street from her ex husband. Since then, the group’s artistic focus has been to empower women in the social circle in Kosovo, as artists and activists, combining public performances, photography, and videos to explore social issues where they live they are swimming.

At HAPU, HAVEIT will construct an environment where food, family, and love redefine the meaning of slavery.

HAVEIT is an art collective comprised of two pairs of sisters - Alketa & Arbërore Sylaj and Hana & Vesa Qena - founded in 2011 in Prishtina (Kosovo) as a form of protest in the aftermath of a local crime in which a 27-year old student Diana Kastrati was shot dead in the street by her ex-husband. Ever since, empowering women's social status in Kosovo has been the central tenet of their artistic and activist practice, which combines public performance, photography and video to explore social issues relevant to their living and working environment.

At HAPU, HAVEIT will contruct a space in which meals, family, and love will redefine our definition of slavery. 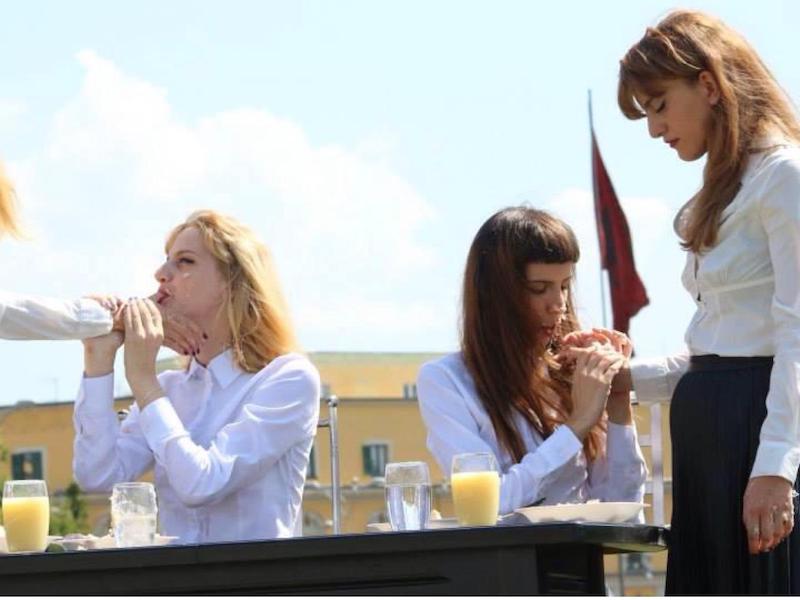 ODA Teatri is an independent cultural organization committed to professional development of the Arts and Culture, undertaking initiatives, programs and projects in the field of producing and co-producing contemporary art work in theatre, music and arts in public space in Kosovo, region, Europe and wider.