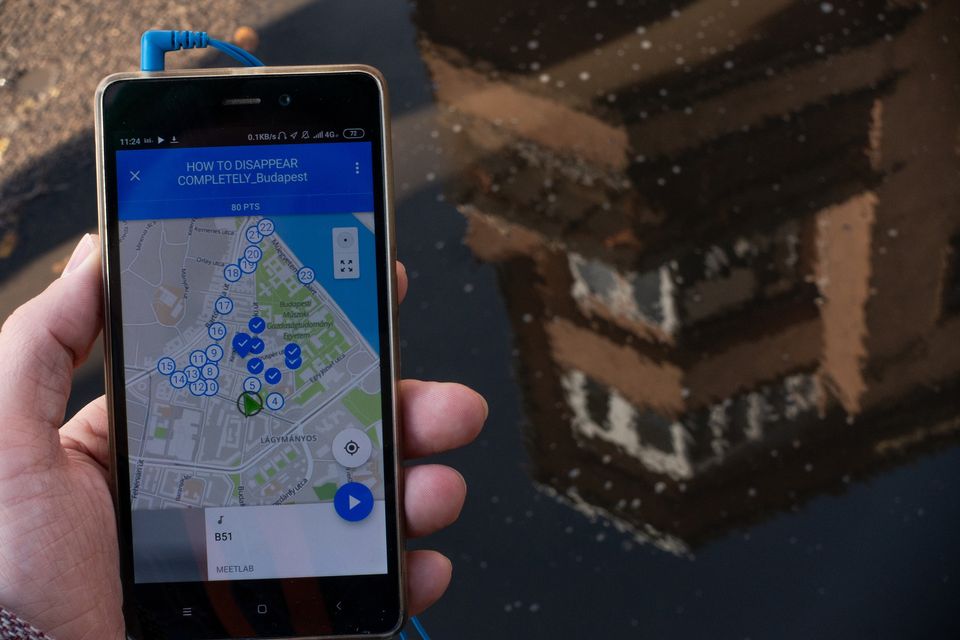 “Some say they simply fled, others say they live in a canal system deep below the city. Still others believe they are dead. It is also possible that they still live here somewhere among us. Maybe there were people who knew something about those who knew where they might have gone - but we can't find them anywhere anymore. ”

In their works, Ambrus Ivanyos and Bálint Tóth have been balancing on the border of reality and fiction for years. They create works based on the organic collaboration of technology and art. On the occasion of the 50th anniversary of the Szkéné Theater - after international performances - their latest performance can be seen in a renewed form in Budapest. There are no actors in this special performance, no stage, no time. The city is transforming around spectators and will be much more than a visible reality at once. In the fabric of the city, following their own route, viewers have a deeply personal experience that only happens to them there and at that moment.

The story of Andrei Ivanov, a researcher on disappearances, is tied to locations in different urban spaces, and by following these divergent threads of story freely, the viewer can feel as if he has entered the pages of a book or as if fiction has settled into reality. Then he finds himself the director, actor and spectator of his own performance at the same time, until at the end of the performance he suddenly disappears.

If you want to know how to disappear completely, all you need is a smartphone and a headset.