A continuum is a continuous sequence in which adjacent elements are not significantly different from each other, but the endpoints are quite different. (Oxford Dictionary)

Continuum is an immersive installation in which everything can be perceived as one big continuous movement. A movement that is much larger than our human being, that begins and ends far beyond our usual boundaries – or perhaps never ends?

Once you step inside, you leave the reality you know and get carried away into another dimension. When you move, you look at a space that is in constant motion. In the experience of light, sound and movement, all the senses are addressed and the difference between what you see, hear and feel disappears. It is an experience that shows us that everything just happens as it happens. Johannes Bellinkx explores the barriers of perception in his work. He wants to disrupt the Cartesian Enlightenment thinking ( Cogito ergo sum ) that – consciously and unconsciously – pervades our lives. It questions the way we perceive the world around us and how this way of perception literally and figuratively determines our self-image. His performances are experiences that appeal to and confuse our senses. It thus creates an open space for new perspectives.

The viewer moves through the space in a small train, and his view is limited by the frame, as if you yourself have become a moving camera. Through this framework you see a space that is also in motion and at the same time constantly changing. This space is created by a huge white paper canvas that can rotate and deform in different ways and is the central element of the installation. The combination of movement, the ever-changing canvas and the play of light forces the viewer to leave their frame of reference. What starts as a very disorienting experience can turn into a space for something new by letting go of old reference systems and make you part of a never-ending movement.

Johannes Bellinkx (Belgium, 1978) studied social geography at the University of Amsterdam and movement education at the Amsterdam Academy of Theater and Dance. During his studies at the theater academy, he soon became passionate about creating and developing his own, independent work, in which he questions our perception systems and the (re)construction of our surroundings in the brain. Johannes Bellinkx's work balances between performance, live film, visual art and sound art. They seek to create experiences that materialize philosophical, political or cultural insight. In order to appeal to all the senses, Bellinkx collaborates with artists from different disciplines.

Bellinkx currently lives and works in Amsterdam. In addition to his artistic practice, he is often asked for artistic advice, mentors students and initiates art projects at various art academies in the Netherlands and abroad. SoAP Maastricht, C-Takt and Feikes Huis participate in its creation and it is supported by the Netherlands Fund for the Performing Arts (FPK) and the Amsterdam Art Fund (AFK). 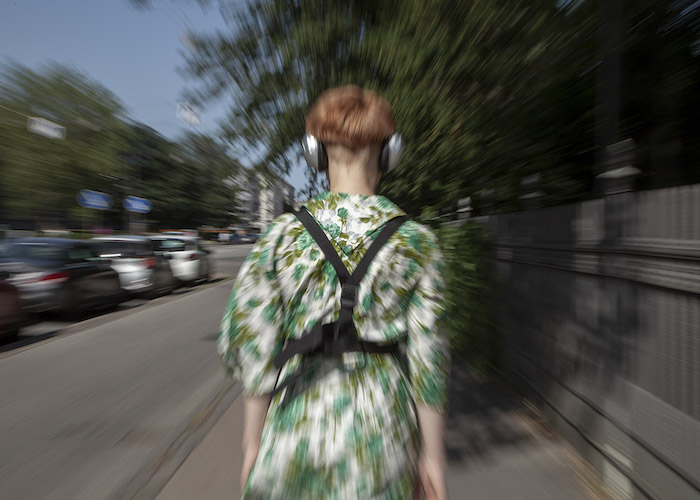 The 27th annual international contemporary art festival 4+4 DAYS IN MOTION will take place from October 5 to 16, 2022.