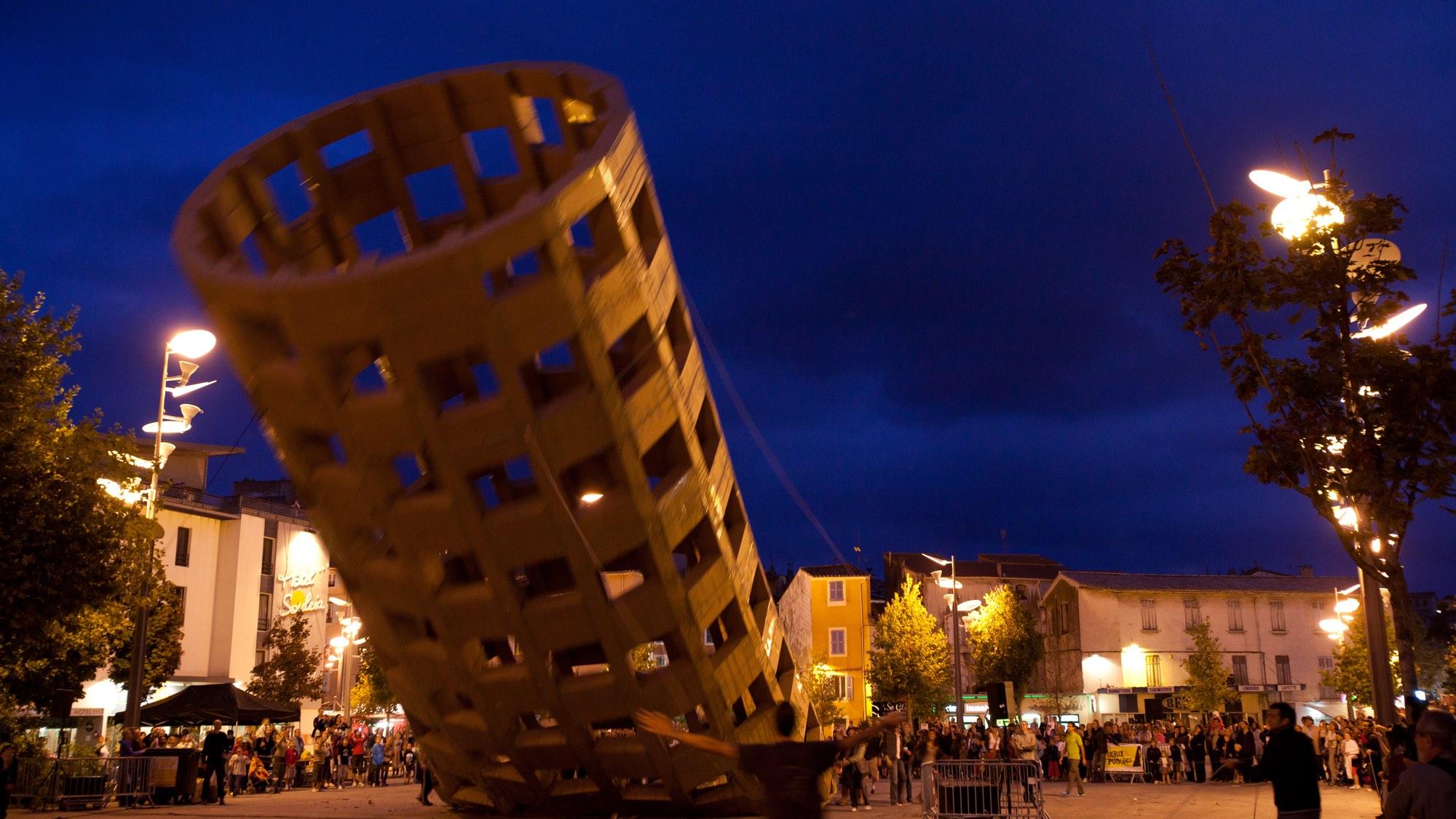 Olivier Grossetête is a visual artist who graduated in 1998 from the School of Fine Arts in Valence, where he examined the relationships between idea and action, a work and its context, volume and its material before exploring urban space with the aim of examining the architecture and its symbolism. In 2000, he created Un bateau ivre 1, a short film involving a full-scale paper boat in reference to famous scenes from the world of cinema. Simultaneously a performance, a film and an object, Un bateau ivre 1 formed the basis for the poetic approach of Olivier Grossetête, focusing on the transient nature of performance and the marks it leaves behind. This film was screened at several festivals and contemporary art fairs between 2001 and 2003 (Vidéo Cube at the FIAC with Sollertis gallery in Tours, Taxi à Bruxelles then fairs in Athens).

In 2002, Olivier Grossetête began developing collective monumental constructions with the aim of their becoming autonomous in relation to the existing architecture, free-standing. The construction preparation workshops helped to federate the teams which consist of amateurs, inhabitants of the cities in which they were held. Very quickly, these preliminary workshops became an integral part of the works. Thanks to the elbow grease of hundreds of participants, several monumental cardboard constructions were raised in Nîmes, Annecy, Genève, Aix-en-Provence, Dignes-les-Bains, Miramas, Aubagne and Martigues as part of the Small is beautiful festival organised by Lieux publics... Since 2011, Olivier has been invited to showcase his transient constructions in numerous cities throughout France and Europe (Manchester, Glasgow, Košice among others), in particular with the IN SITU network, giving rise to a series of transient cities across Europe.