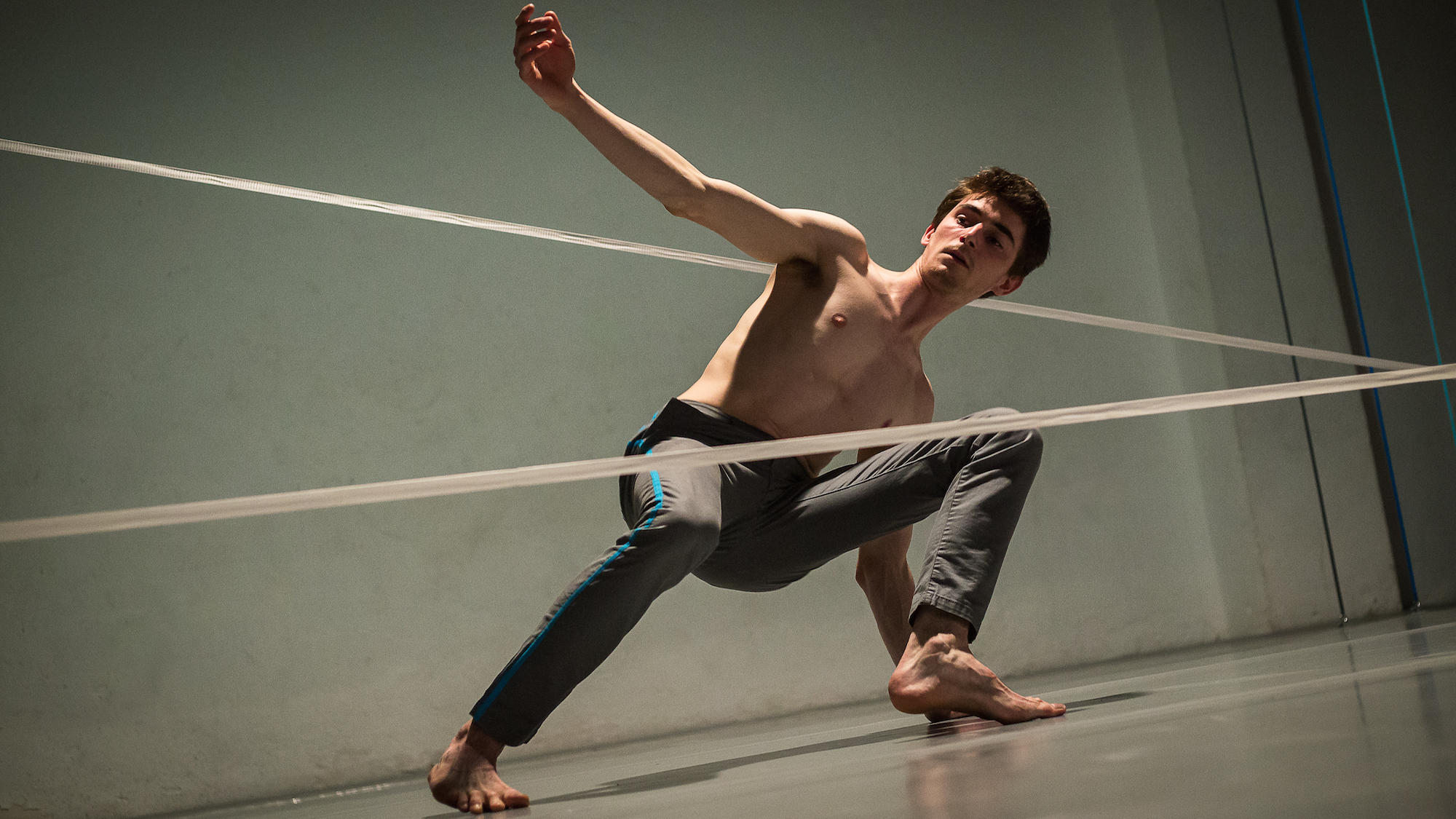 Florent Golfier first studied acting in the conservatory of Nancy (FR) and moved to Czech Republic where he integrated for two years the department of physical theater from the JAMU Theater school in Brno.
He is a freelance performer, dancer and choreographer travelling with curiosity in and out between the fields of circus, physical theater and dance. His choreographic work is influenced by the work of the choreographers Karine Ponties and Kitt Johnson with whom he worked with on different projects as an interpret.
His work is often connected with objects. Florent is interested in metamorphosing them, juggle with their meaning, their forms and appearances.
He co-founded the collective tYhle.

tYhle is a collective of Czech and French artists based in Czech Republic. It is a platform for performance, dance, physical theatre and the visual arts, created by four young artists who share the same vision of the contemporary scene: its duty to experiment and eliminate barriers.
The collective was founded in Brno (CZ) in 2015 after already three years of collaboration of the performers Lukáš Karásek and Florent Golfier. They were later joined by the lighting designer Zuzana Režná and the scenographer/choreographer Marie Gourdain.
tYhle’s name is inspired by the Y generation. The letter Y can also be read graphically as the meeting point of different lines, directions, inspirations and backgrounds.
One of tYhle's aims is to build bridges between its two cultures.

In 2019, Florent Golfier did a residency at Metropolis in Copenhagen (DK). His research project was to deepen and develop the idea of building unusual, absurd, humoristic and disturbing images in public realm. He wanted to precise which themes he would like to draw the attention to. He researched mainly on two questions: How do I enter and leave an image I am creating? How do I connect the sentences, the statements to it?