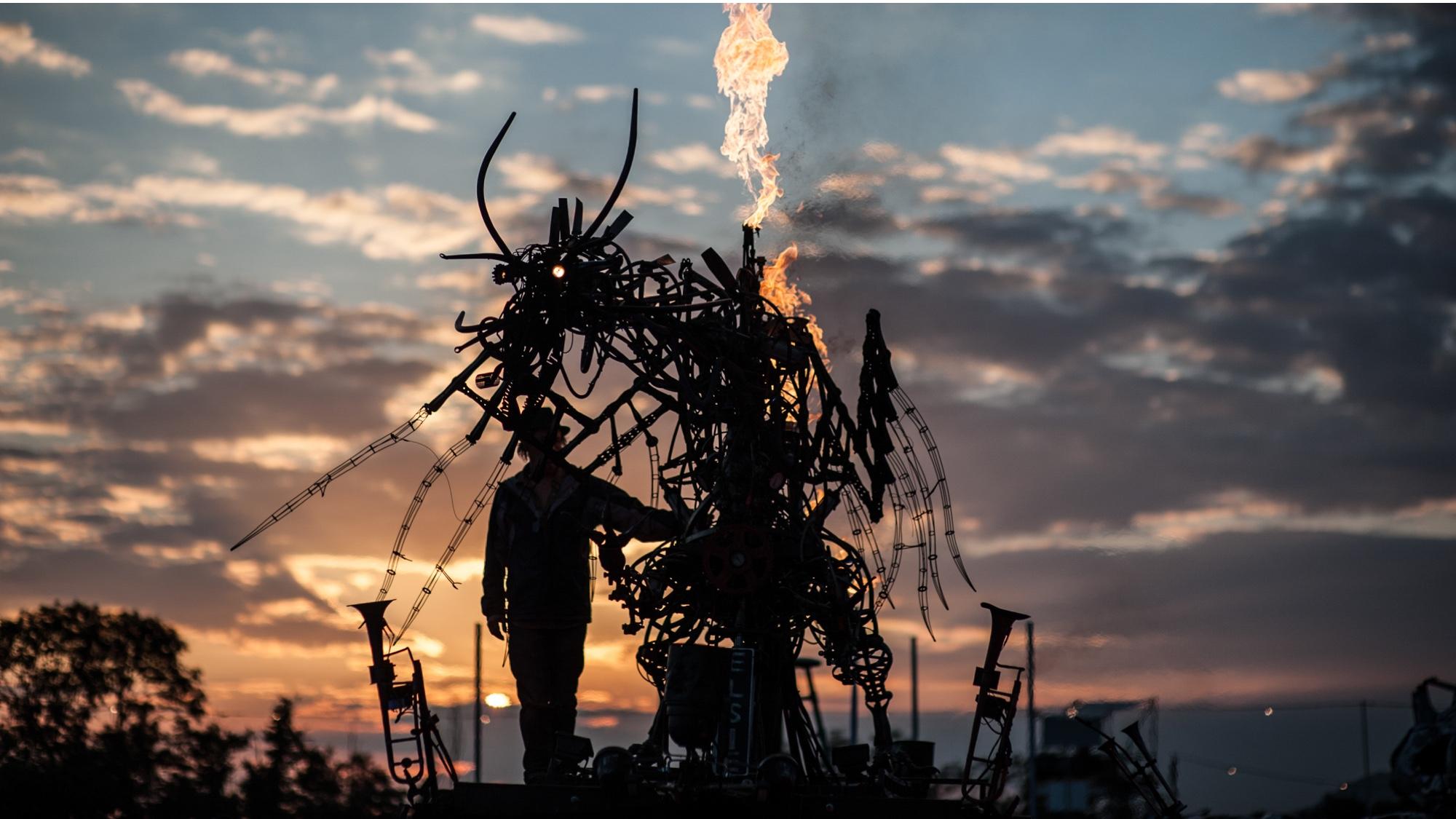 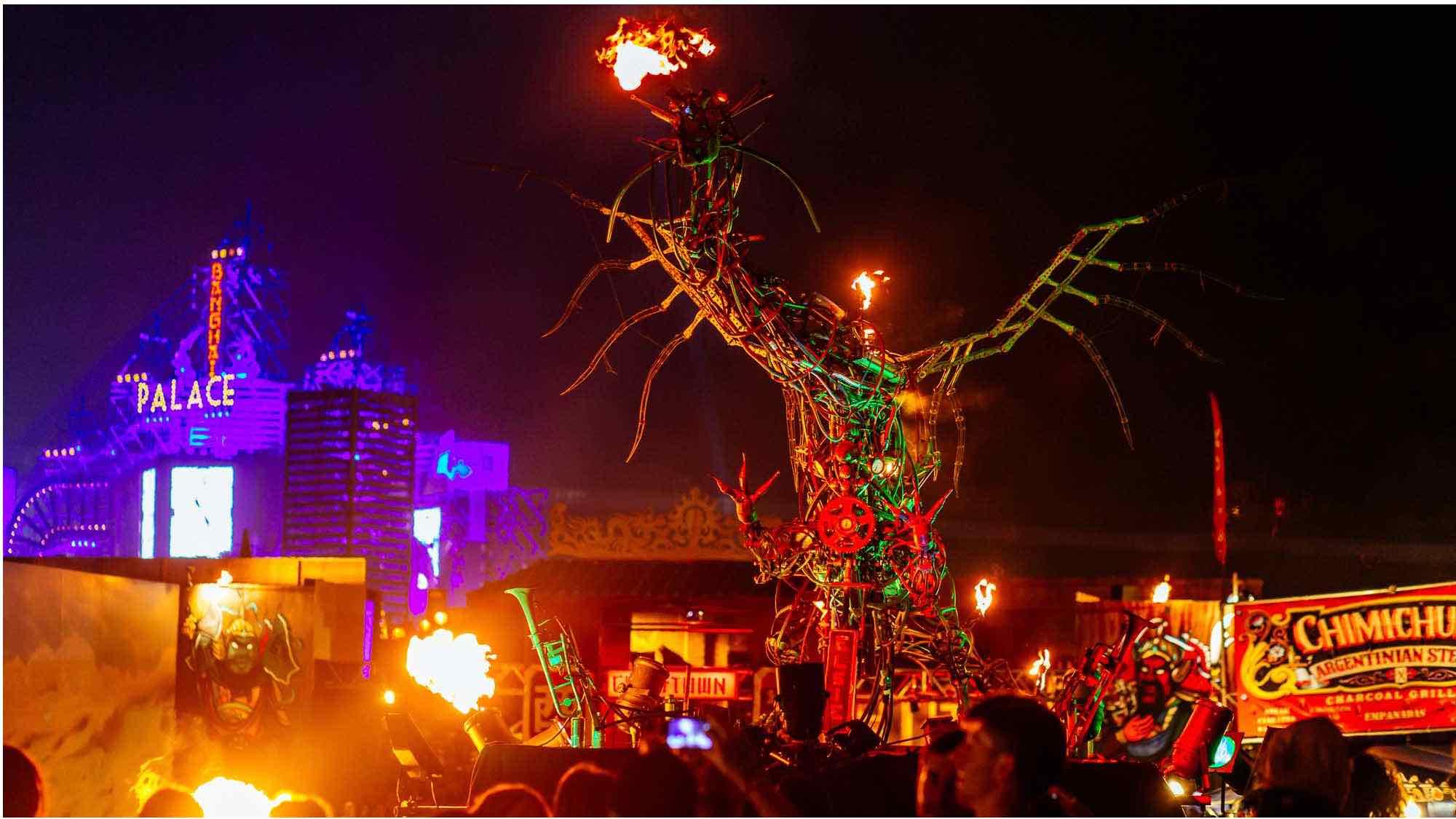 A classic image of an errant Knight “facing on ” a fearsome very opponent. Elsie: A large-scale animatronic kinetic dragon sculptured from formed steel, found objects and surplus technology. Sid: A giant robotic Knight, Don Quixote-esque, built from a re-articulated shop dummy, armoured in reinvented kitchen utensils. Except our hero does not want to kill this magnificent creature...he wants to make toast not war. Welcome to a new genre of show; a moving, living, breathing environment. Here festival audiences control pieces of awe inspiring fantasy machinery creating unique theatre. Simon Collins has been developing ‘Elsie the dragon’ for 4 years, testing work in progress ideas primarily on a ‘display’ basis at festivals internationally. In 2014 he began experimenting with giving audiences elements of the dragons to control, resulting in a wide section of participants working together to create great owing visual pictures.

Inspired by the looks of incredulity on the faces of younger people as they controlled the work, the next step is to expand interactive control and create new theatrical and innovative ways for the audience to interface with the work. A 15 minutes show operated in character as Paka Johnson creates a narrative tension that becomes a precursor to the main interactive section, imagined and controlled by the audience members. Further planned developments :

- Create the SID/Knight character and other ancillary props aforementioned

- Enable us to record/play back to Audiences shows they have created - Work in progress shows and improvisational workshops to work out scale and exact content of the nal show. 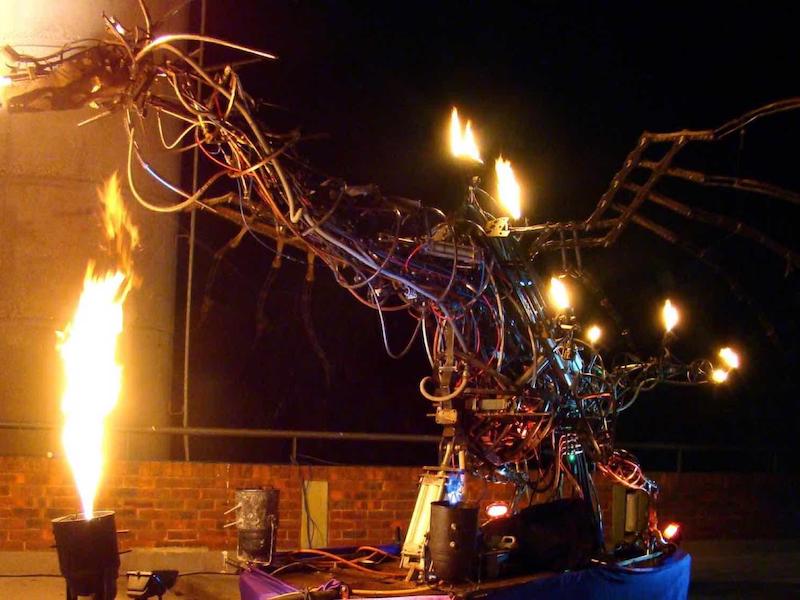