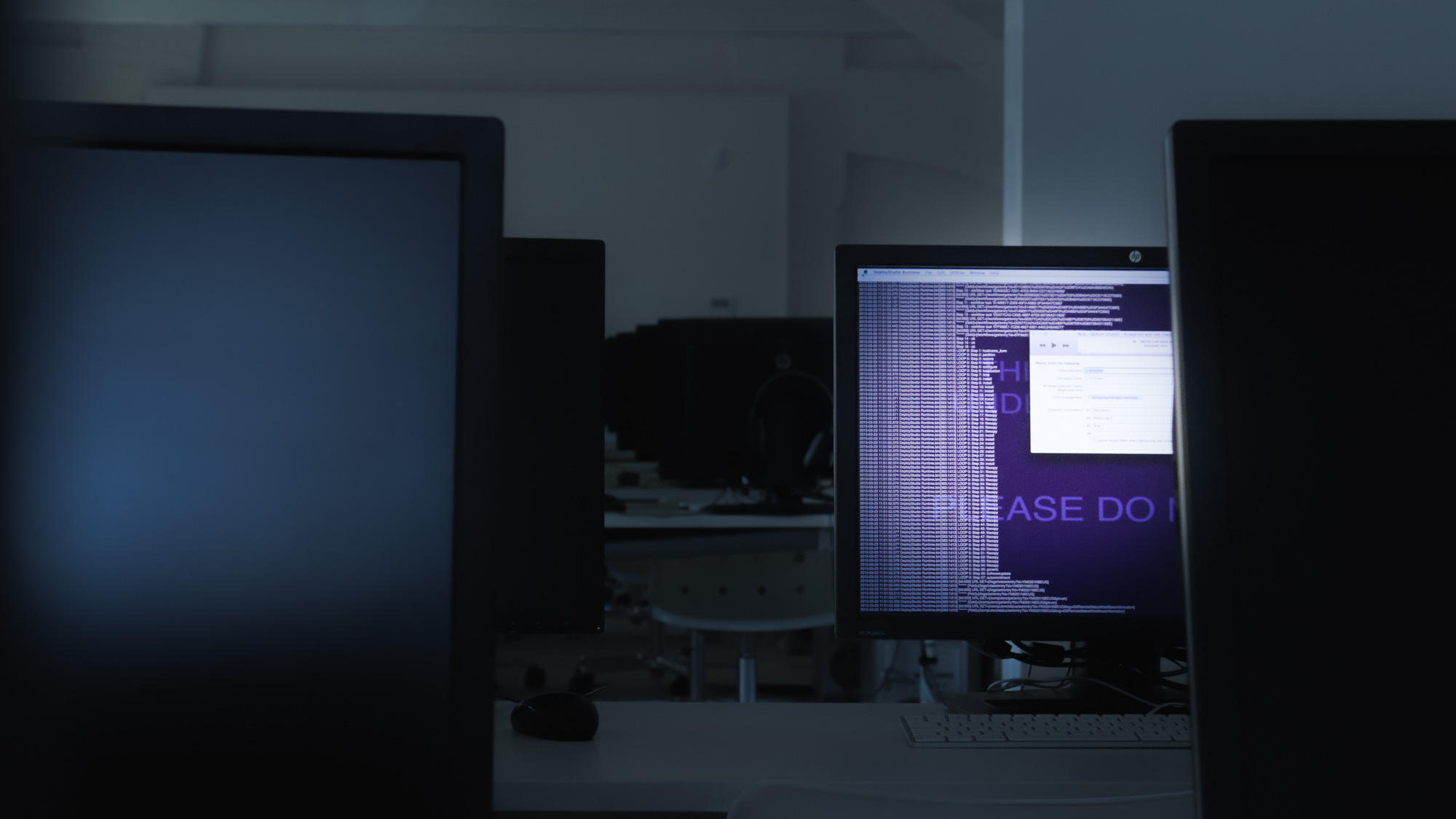 How do new technologies affect creation in public space: in Norwich, European artists have explored new opportunities offered by these innovative tools.

The group of In Situ partners and invited artists who gathered in Norwich for the Emerging Spaces meeting dedicated to New Technologies came from across Europe, bringing with them a host of languages that were put aside as everyone attempted to communicate in English. As the writer invited to respond to their conversations, I was struck by how, whatever our native language, we shared the word “technology” in common. In English, French, German, Czech, Hungarian, it's essentially the same. At its root are two ancient Greek words: techne, meaning art, craft, skill; and logia, meaning discourse. Technology, then, is the discourse of art.

"Technology for these artists isn't a decoration or an afterthought: it is essential to the fabric of their work, the strategy through which they address the human condition." Hugo Bergs

And art is the application of technology – although, for the artists invited to Norwich, that could mean many things. Simon Collins (UK) employs age-old model-making techniques, soldering together scrap metal objects to create life-like animal sculptures. Adelin Schweitzer makes films with remote-controlled robots, or drones, adopting and subverting military surveillance tactics to provoke new narratives in urban and rural areas. Elisabeth Wildling (AU) and Klára Balázs (HU) use video and projection to encourage audiences to re-see their surroundings. Jonáš Strouhal (CZ) plays with brain sensors to give surprising physical expression to internal thought-processes. And Eric Joris of CREW (BE) works with scientists at the university of Hasselt to develop complex goggle-sets that allow the wearer to see through another's eyes. As Hugo Bergs of Belgium's Theater op de Markt commented in a summary session on the final morning, technology for these artists isn't a decoration or an afterthought: it is essential to the fabric of their work, the strategy through which they address the human condition. 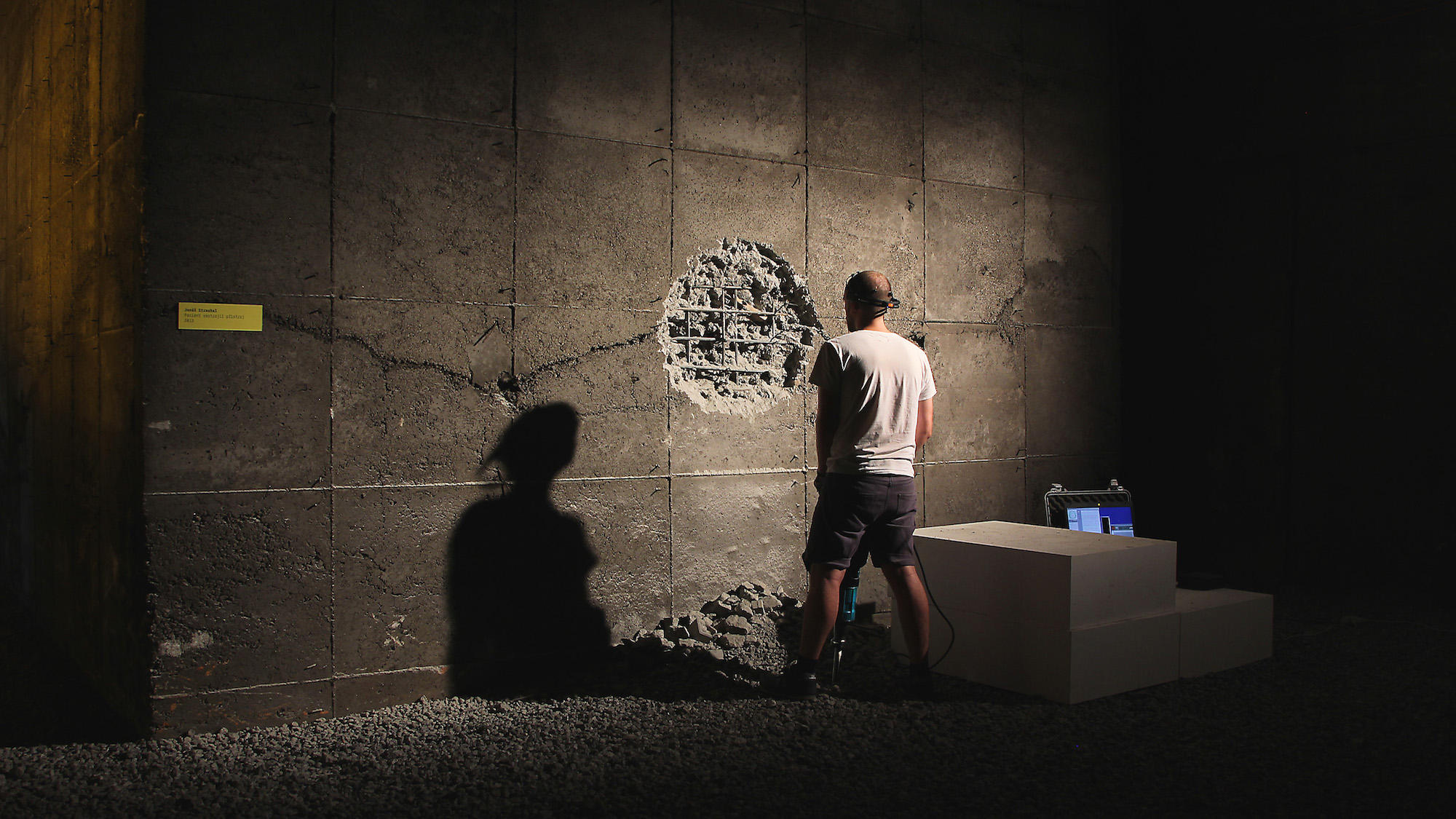 If new technologies offer artists new opportunities, they also present a challenge: how to keep pace with the rapid shifts in society brought about by digital advances? As Joris noted in a useful opening paper on the first morning, we live in a “fully mediatised society”: technology is so pervasive most people no longer notice it. Artists, though, notice things. In an interview with British arts and technology organisation The Space earlier this year, theatre-maker and game designer Hannah Nicklin identified a new “digital culture”, which she defined as: “how we are humans in the context of [technology]”. Digital culture, she continued, is: “the rate at which information travels, and how comment culture affects our public discourse. … It’s the vanishing of interfaces between technology and human input, and whether or not that needs to be addressed. It’s the growing of the ‘global village’ and the problems with how we fit that in our head.” An artist doesn't need to be presenting online for these questions to bleed into their work.When interviewing the Emerging Space participants, In Situ's team asked a pertinent question: is digital culture creating a new idea of public space? Already public space has plural meanings: it can be indoors as well as outdoors; theatres, train stations and shopping malls are all public spaces; even a balcony overlooking a street exists in public space. Public space is anywhere in which people might be seen by or encounter other people; these spaces acquire more power the more possible it is for people to congregate there and recognise their citizenship.Fanni Nanay, programmer of the PLACCC festival in Budapest, pointed out that “people have access to public issues with the same measure that they have access to public spaces”: in Hungary, that access is increasingly being denied by a right-wing government. This is what attracted her to Balázs, who proposes to project images on to prominent statues in Budapest, inviting passers-by to interact with these

memorials in new and unexpected ways. Nanay's hope is that, through this work, people will re-encounter their agency, and remember their ability to affect government policy. It is a work that could travel across Europe, but in each city its meanings would differ, depending on the history embedded in that site, its experience of war, riot and uprising. 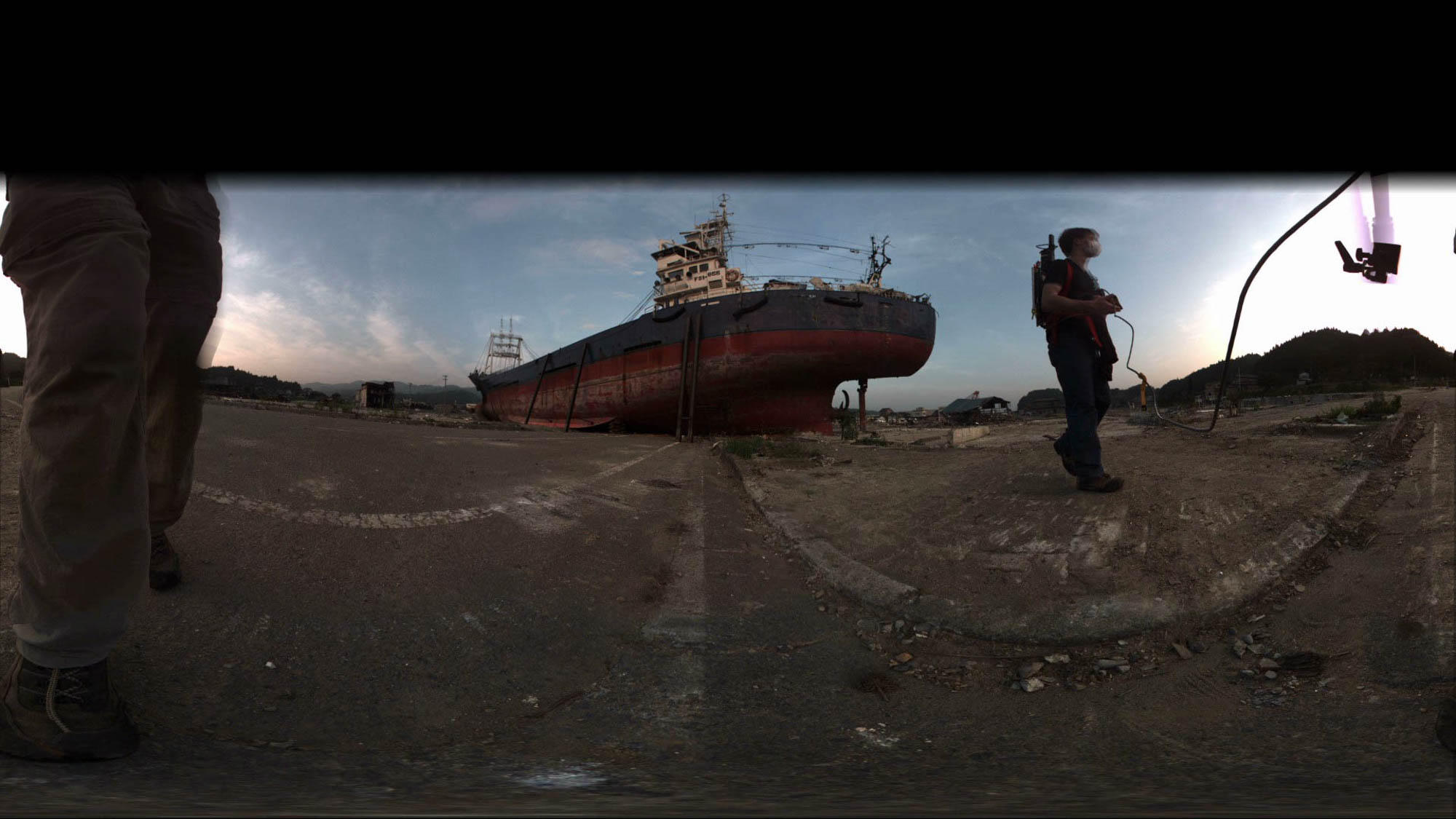 As Joris noted, the ancient Greeks developed democracy and theatre, social organisation and a strategy to debate and hold accountable that organisation, simultaneously. The Arab Spring was a vital demonstration that people now locate those strategies online. The internet seems to promise limitless space and so limitless agency – and yet, as Schweitzer noted, the use most western Europeans make of it is limited to reading newspapers and chatting on Facebook. Strouhal's interest in how the brain functions led him during his presentation to identify lack of concentration as “the most common problem in our society”: people are too distracted by computer games and social media to focus on social activism. This, he argued, is the “infant conditioning” that novelist Aldous Huxley, in 1949, predicted would brainwash humanity into placid subservience to their leaders.

These were the moments when the Emerging Spaces meeting felt rich with potential: when the discussion ranged across the different art works, drawing connections between them by reaching into philosophy, politics and personal experience. In doing so, it offered each artist new lenses through which to consider their work. A crucial one was the notion of “transitional space”: explaining CREW's practice, Joris drew a Venn diagram with “real space” in the left circle, and “virtual space” in the right. Where the two overlap is a transitional space – the “interesting place to work”. Wildling related strongly to this: her film work attempts to shift perceptions of buildings and urban environments, by encouraging the eye to shift its angle of vision, to see between the real and the imagined.

Another transitional space emerged in the discussion of Strouhal's work, which sits between art and therapy. He uses EEG brain sensors otherwise employed by psychotherapists to train the brain into better concentration and stress management; by attaching those sensors to mechanical devices, he can channel the brain's natural electricity into causing motion, pulling down a small tree when his thoughts are stressful, triggering a fountain when happy. Balazs' statues project prompted debate about the overlap of private and public: who owns public space, and regulates what happens there? Schweitzer's drone was fascinating in this respect: zooming along roads, through tunnels and under feet, it is entirely unconcerned by questions of law, enjoying a freedom of movement few humans share.

What each of these projects aims to do, at some level, is make the invisible visible. In Where Is Hamlet?, the work he is developing with CREW, Joris connects violence in the Middle-East with the threat of war in Shakespeare's play. He hopes to illuminate the unseen powers – father figures, like the ghost of old Hamlet – who control the movements of the young, by filming in places of political turmoil, and then placing his audiences at the centre of those films, transforming their vision.

This opens up a new field of enquiry: to what extent is art itself an exercise of power? This is particularly pertinent in work that invites interaction, such as Collins' outdoor performances with metal sculptures. He has developed two huge dragons made from junk, whose movements might be controlled by his audiences. Our discussion about the limits and possibilities of interactivity sharpened his thinking about the project: attending Emerging Spaces, he said on the final day, might have saved him two years of trial-and-error experiment. Schweitzer wondered whether the invitation to interact with Balázs' statue projections might damage it, allowing audiences to miss its political import by treating it as a game. But play is also important: it offers new agency in a neo-liberal culture that claims everything as work and drains our energy for creating change.

As a writer, my playground is language. In my closing address at the Emerging Spaces meeting, I reminded the group that in English, the newest technology is described as state-of-the-art. Art advances technology and technology advances art. The artists present at Emerging Spaces exist in the transitional space where the two meet: it is indeed the most interesting place to work.

Maddy Costa is based in London. She has developed a research on critical discussion with artists and audiences. She writes about theatre and music for Exeunt,The Guardian and on her blog, Deliq