Column #1 : In praise of margins 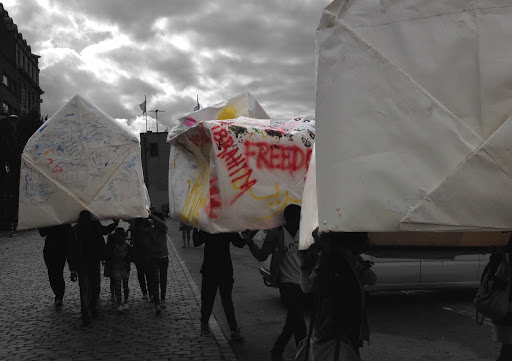 How can you write about art in public space in Europe, while keeping a critical distance and avoiding eulogistic praises? How can you analyse the performing arts, something that, by its very nature, is temporary, while keeping your ears open to what's going on in the world? As always, books are a precious aid for staying focused on what matters.

Given the way in which street arts are considered inferior to fine arts and academic theater, could we not also say that street art is by definition a marginal genre?

In the world of street arts, these considerations take on new meaning: “Just as the creator seeks solitude, the destroyer must constantly be surrounded by people, witnesses to his efficacy.” We are reminded of co-construction initiatives like those of Olivier Grossetête and Frank Bölter, and the collective demolition or releasing of objects that follows. In an ephemeral field like street art, exiting the stage is part of the process. But Brexit has created a unique context, where the falling curtain is also a distress signal.In Sotteville, after the referendum, there was something touching about hearing a programmer from far-flung Norway say to his counterpart from northern England, “You’re in the outer margins now, too.” The margins of England and the margins of Europe. However, without making a value judgement, given the way in which street arts are considered inferior to fine arts and academic theatre, could we not also say that street art is by definition a marginal genre? 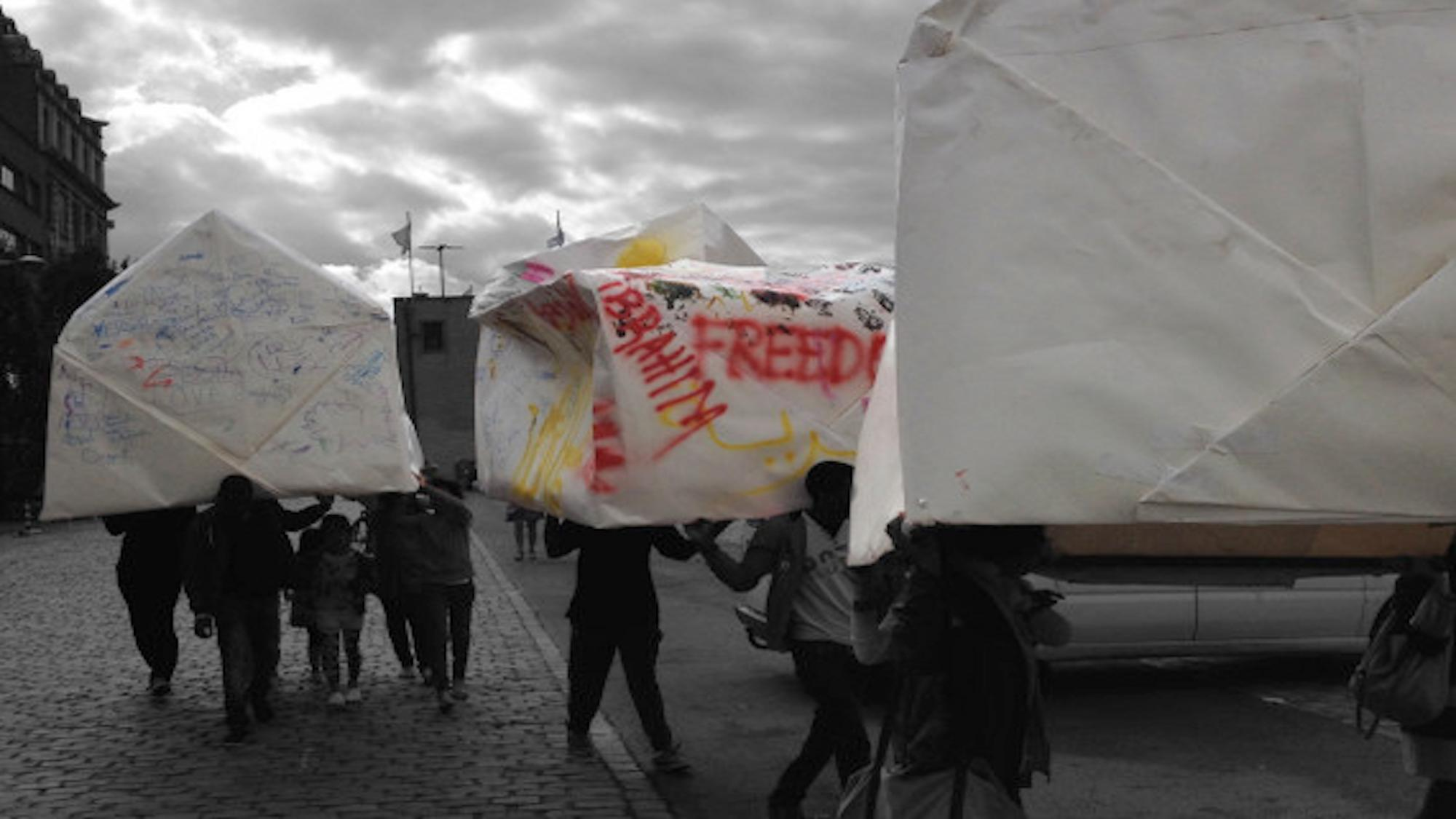 During festivals, artists and programmers promoting in situ creations aim to locate the most suitable venues, which are most often some distance from the main event. This scouting concerns places but also times. At gatherings such as Viva Cité and Chalon dans la rue, events taking place early in the morning or after midnight have a unique feel. A bonus seems to be awarded to artists who force festival-goers to miss out on sleep.We should know how to praise margins. Jean Genet did – he captured the ambiguity of watching a tightrope-walker, who is delivered to the audience like a bullfighter in the arena. Who can describe the uncertainty of the spectator caught up in the shuffling street arts? Street theatre is no longer a procession, but increasingly a guided tour. But are those who wander around with smartbooks and/or audio guides not partially blind? “The game liberates and diverts humanity from the sphere of the sacred, but without simply abolishing it […],” writes philosopher Giorgio Agamben in Profanations (2005). “To return the game to its purely profane vocation is a political task.” This is a useful reminder in these troubled times, where distractions are one of the first principles of government.