From a certain point of view 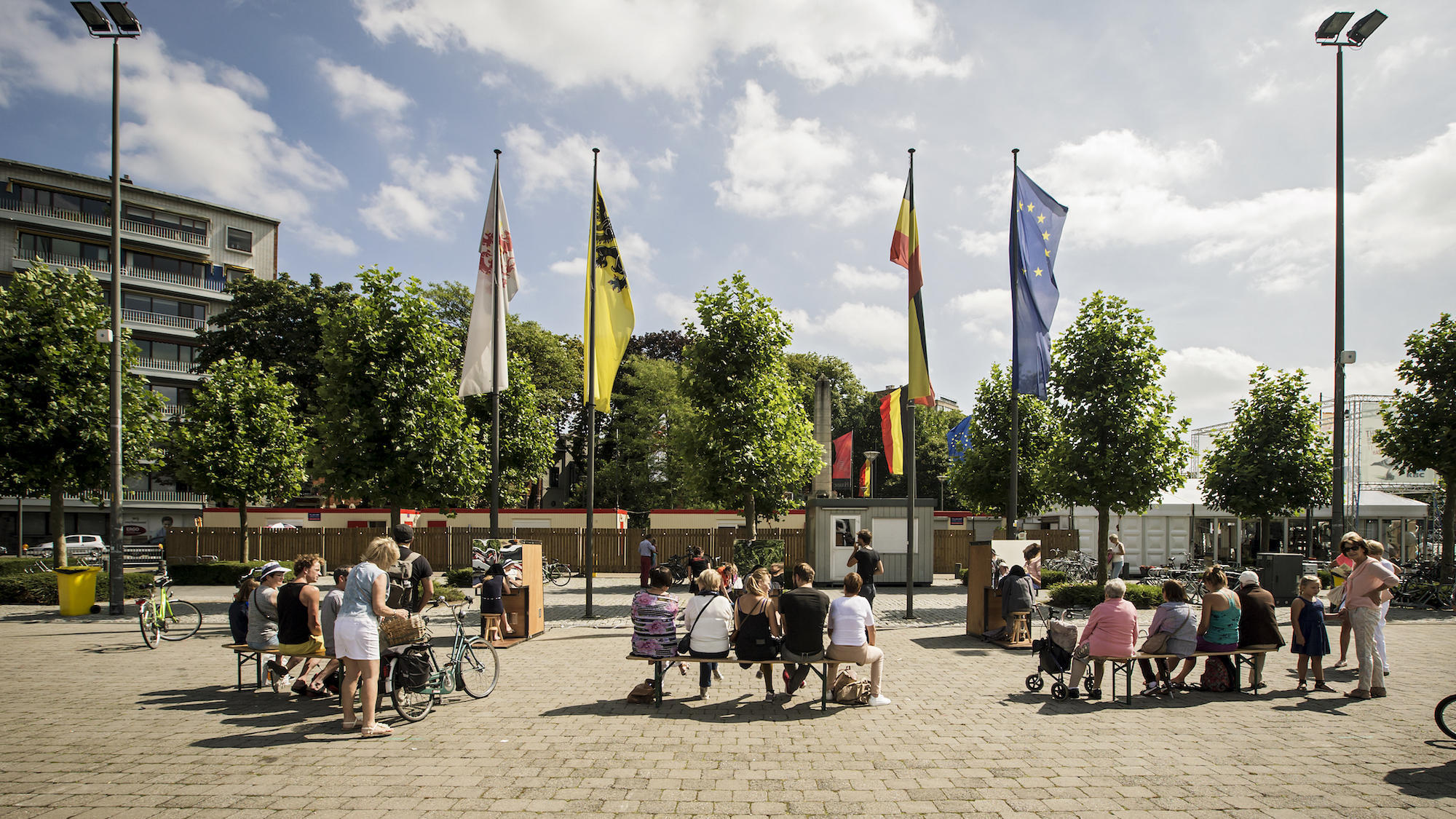 The streets are a place of protest and sometimes of concern. In Paris, despite the small number of protesters, taking to the streets is a legitimate expression of the people’s democratic rights. In Barcelona, protests from both sides fill the streets on the question of Catalonian independence. But across the Pyrenees, Benjamin Vandewalle’s latest participatory performance in public space brings us back to art history.

A procession of spectators with their heads in a box walk across one of the city’s major thoroughfares (Benjamin Vandewalle, “Walking the Line”, Capitole Square in Toulouse).

Participants walk carefully, holding onto each other’s hands or shoulders. From the outside, the scene is reminiscent of “The Blind Leading the Blind” (Pieter Bruegel the Elder, 1568). From the start, a fixed body position (sidewards “Egyptian walk”) and distance to the closest wall are enforced, disrupting the eye’s natural focus. The project is a “choreography of view”, explains Benjamin Vandewalle. Rather than perspective, which as Art Historian Daniel Arasse reminds us, was invented by Flemish and Italian painters, here this unmechanised tracking shot reveals close-ups. A close-up of a kitchen in a fast-food restaurant whose storefront will never be identified, a close-up of those essential mobile phones, and then suddenly of rubbish bins...

The device is reminiscent of Roland Barthes, who said: “The box acts the sign: as envelope, screen, mask, it is worth what it conceals, protects and yet designates: it puts off, if we can take this expression in French - donner le change - in its double meaning, monetary and psychological (Empire of Signs, 1970)”. The box is misleading as it looks as much like a visor as ancient photography equipment.

The reality is closer to Daniel Arasse’s quest for what he calls the “dislocating effect of detail.” “The role of detail is to call us, create distance, create an anomaly” (“Histoires de peintures, 2004). 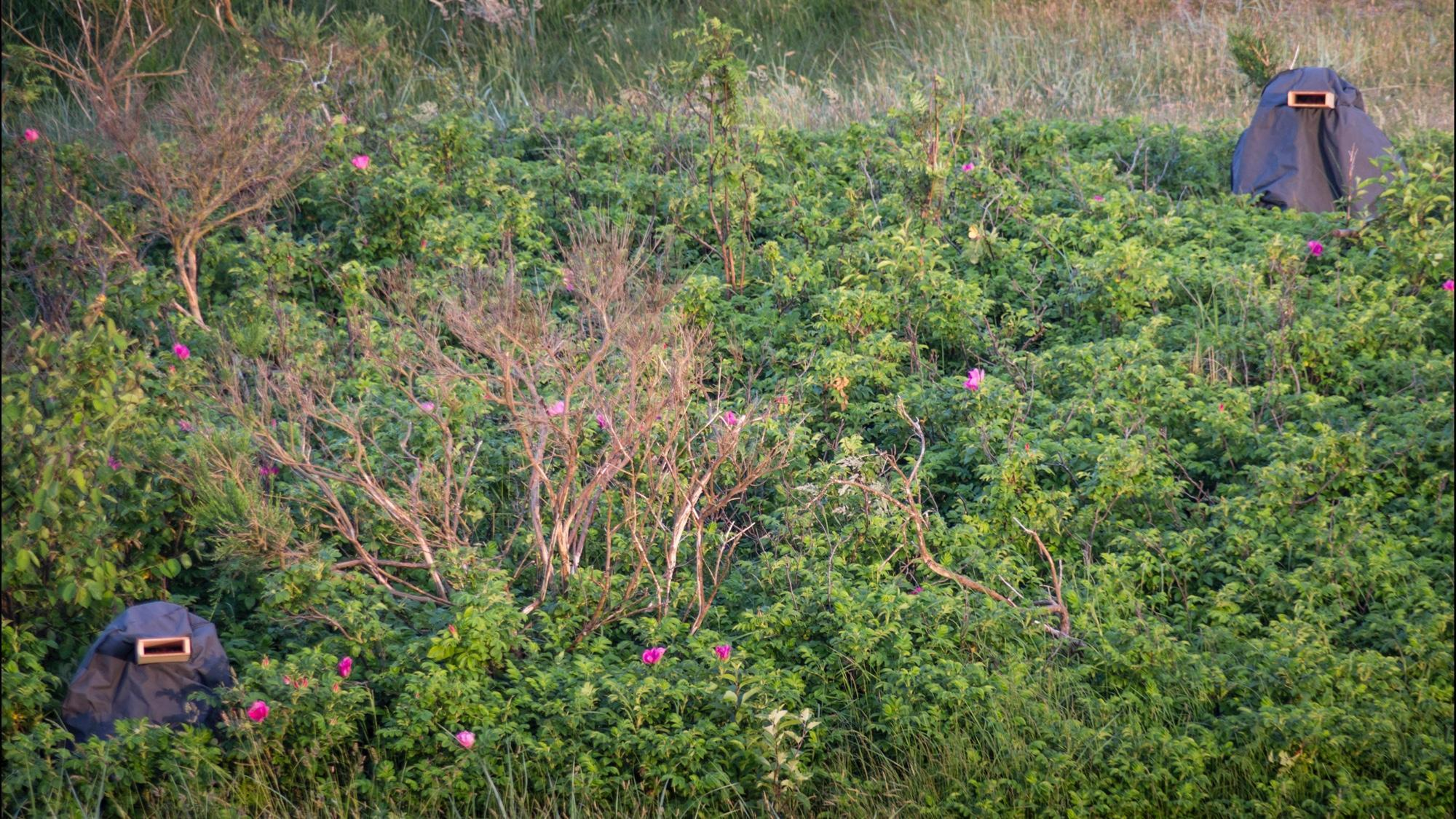 Anomalies in the landscape are what artists such as Alban de Tournadre (“Dans le vif") or the Tricyclique Dol collective (“Contre-Nature”) seek to draw out. However, it was another Flemish artist, Johannes Bellinkx, who sought once again to imprison the view within a kind of black box (“Framing”). The hooded spectator waits, observing, hunting for clues and planning how to get away… with all the pleasure of a hunter on the lookout.

Benjamin Vandewalle has also experimented with this type of static installation in a number of projects. The young choreographer gets participants ready and creates an atmosphere of confidence, where any street scene (a man walking while on the phone, a woman leaving a store) could become an event. There is no psychology, presumption or expectation. As Roland Barthes wrote (on Japanese puppet theatre): “The inside no longer commands the outside.”