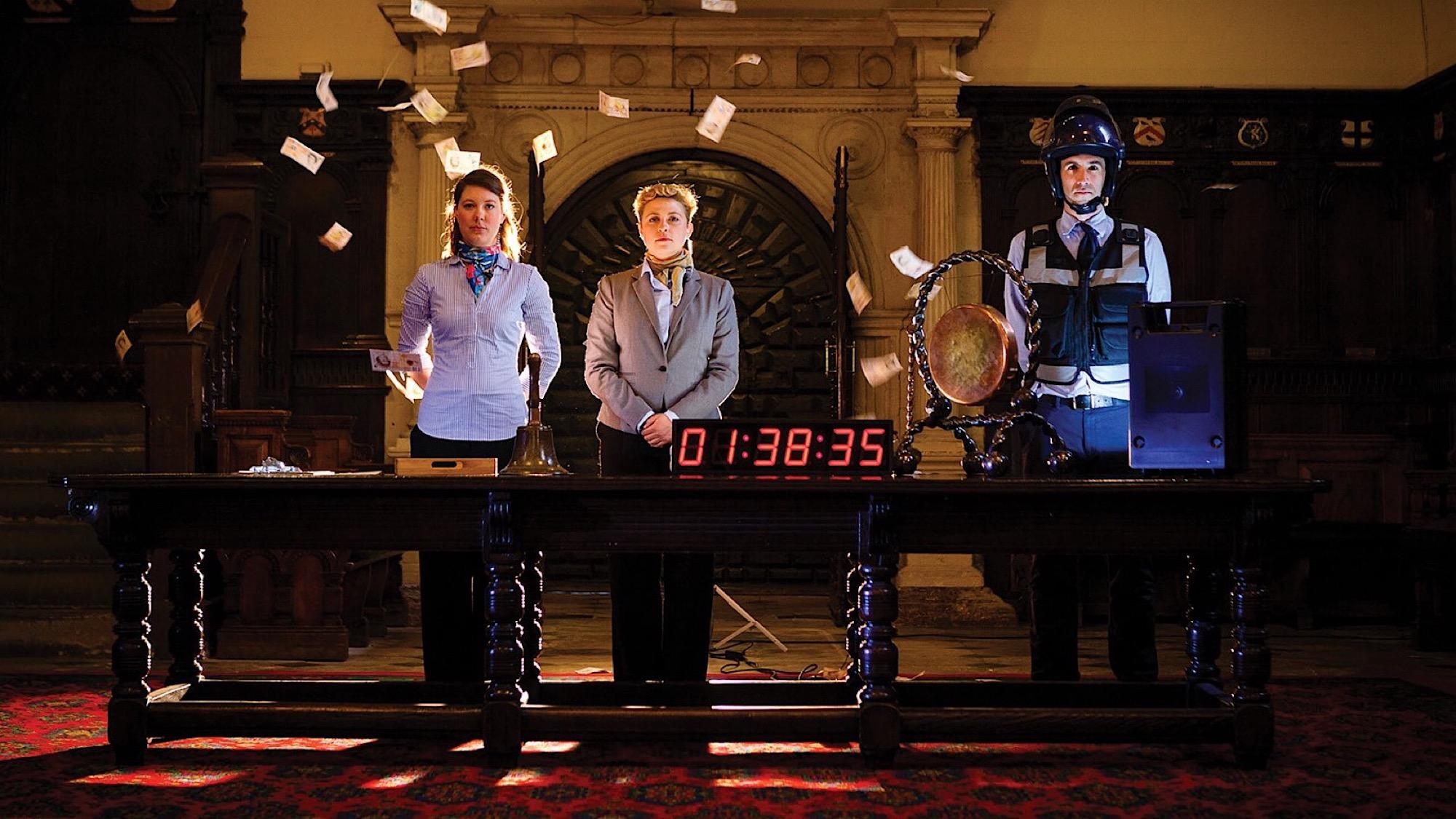 Players pool their money but they cannot use it if they cannot agree how to spend it. Other sums are exhibited in full view in the public space... In a world where European policy sometimes seems to come down to questions about budgets, the British studio Kaleider offers an interesting small-scale take on money.

In Novi Sad (Serbia), European Capital of Culture in 2021, helping one another ("moba") will be at the heart of events and cultural practices (see the In Situ/Les Inrocks publication, 2017). Gifts and the non-monetary economy are trending values. “Troc!”, a dance duet by the young company, Saufledimanche, which featured at VivaCité, gives us a taste of them. Spectators “give” a movement, which is used by one of the two dancers to improvise a fun 1:30 minute choreography, before the artist rewards the spectator with a blue ribbon tied around their wrist.

This exchange, or participation, is therefore endorsed and materialised by this scrap of fabric. Please note, however - anthropologists tell us that in this kind of ritual framework, gifts, pure spending, are never a trade-off, but a social standard. Marcel Mauss detailed all sorts of “presents; in theory these are voluntary, in reality they are given and reciprocated obligatorily” (The Gift”, 1925). In the extravagant festivals or “potlatch” in the archaic societies studied by Marcel Mauss or Bronislaw Malinowski, it is never a matter of altruism, but instead obligation and honour.

What does Seth Honnor (Kaleider) see as the drivers in his performance “The Money”, which has toured 5 continents? Members of the audience have a choice. They can either become players, or pay more to be spectators (although they can change role later on). The aim of the game is to agree on how to use a sum of money. If the players fail to agree, the money rolls over to the next group. It is all about building a consensus and establishing a form of democracy. In a brilliant interview (“It’s all real people playing a game”, theatreanddance.britishcouncil.org), the British director warns us not to be too deterministic and to read too much into how the game is adapted in different societies. However, here are some juicy details: the rules were challenged most in China, and in the USA, they had to change the rules because the participants only thought about their contributions in terms of charity... How were these “community” funds (in the strictest sense of the term) viewed in Lisbon, the capital of a country which has recently been hit by the financial crisis, compared to the rationalist city of Paris? How will the PIG project (involving a giant piggy bank placed in public space) change in each city and country? The director lists a number of aspects which may be modified, including the duration of the operation, security measures and cultural mediation. He has just one basic theory – that of (individual) responsibility dissociated from property.