Report on the Emerging Space Marseille: Breaking Down Barriers 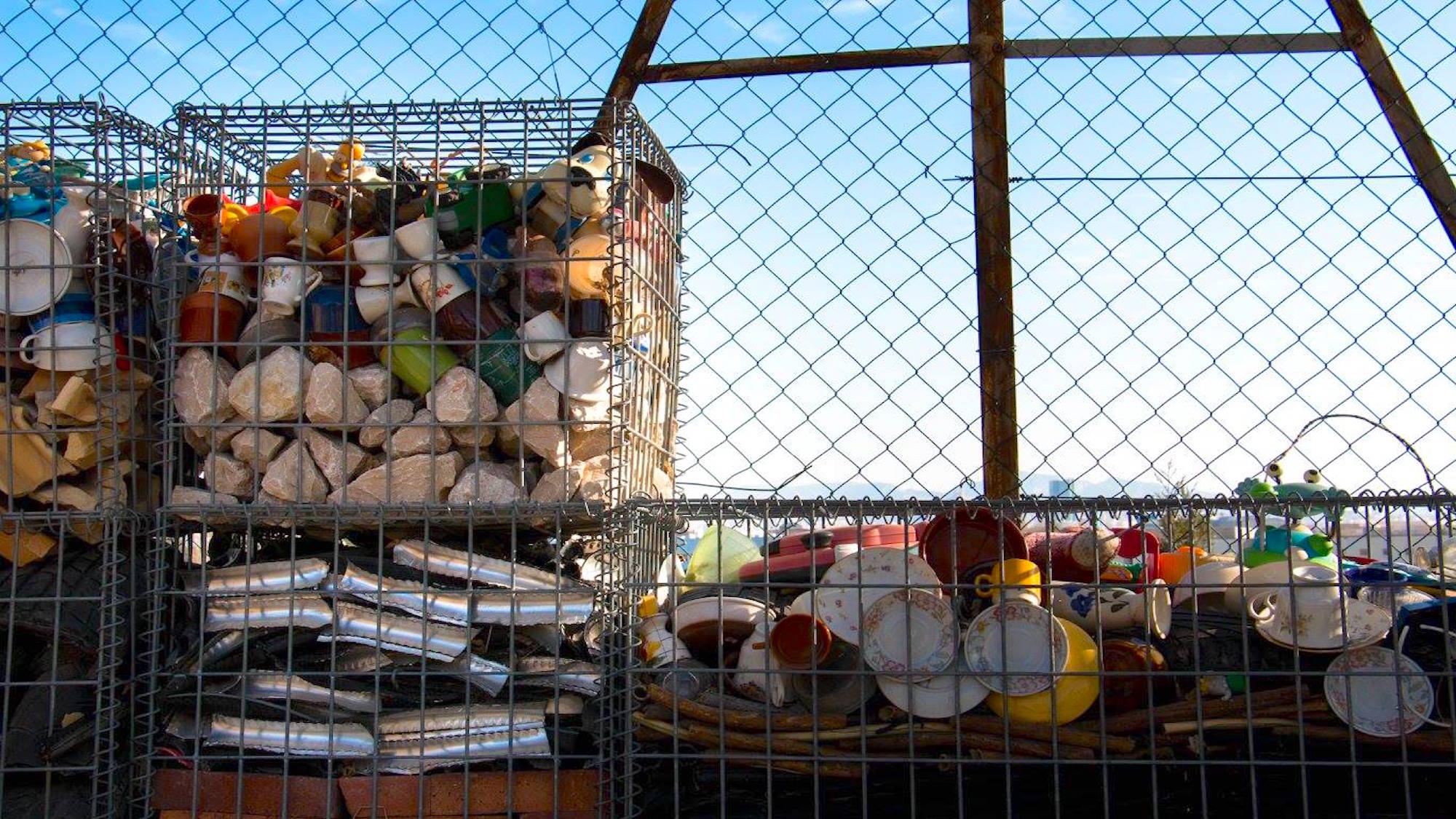 This Emerging Space was a strange experience, with a strange title, open to many interpretations, especially in English: "breaking down barriers"…

At this time of acute migrant crisis, challenges to the European project and the re-establishment of national borders, this idea promised stirring speeches on the modern world in societies threatened by isolationism and the temptation to close in on ourselves. But in the end, it was the artist Anne Corté (Roure Company, Belgium) who launched this discussion on the third day of the event. The meeting had already had a very strange beginning though, held the day after the major terrorist attacks on the Brussels metro system and airport, which meant that our Belgian partner, Hugo Bergs, and his guest artist only “emerged” in Marseille after a heroic battle.

The French title, “le décloisonnement à l’oeuvre” (literally decompartmentalisation at work), was less disputed. It is a small step from compartmentalisation to business - one which Fanny Broyelle made by focusing on art in the world of work (as did Anne Corté, who reminded us of her experience with a Marseille rope access company in 2013). These included commissions made directly to the artist and joint initiatives. Presentations of third-party projects were a useful addition to discussions.

The best way of breaking down walls is through games

The presentation of “Crash Box” by Anne-Valérie Gasc (project developed as part of the Marseille-Provence 2013 “Ateliers de l’EuroMéditerranée”) raised a number of questions. The artist protected a camera by welding it into an “envelope” of two enormous tractor tyres so that it could withstand a major explosion. The camera was then placed inside an apartment block about to be demolished so that it could film the explosion in real time. The artist herself – who refuses to have her videos posted online - admits that, except for the sound, the result is not particularly spectacular. But the artists joined in the fun. Could furniture have been left inside the apartments (Luke Jerram)? To what extent were residents involved in the artistic project (Dušan Zahoranský)? The personality of the commissioner, Pierre Burguière, Chairman and CEO of CEBTP Démolition, intrigued and attracted the artists’ imagination… For his company, the value of the project is not in the images, but in the synergy and cohesion between staff teams. The language barrier somewhat prevented our European partners from understanding the humour in bringing together a conceptual artist and construction company. The first demolition project on which these two partners worked was the destruction of Jeu de Paume, a historic Parisian monument… and a heritage site! 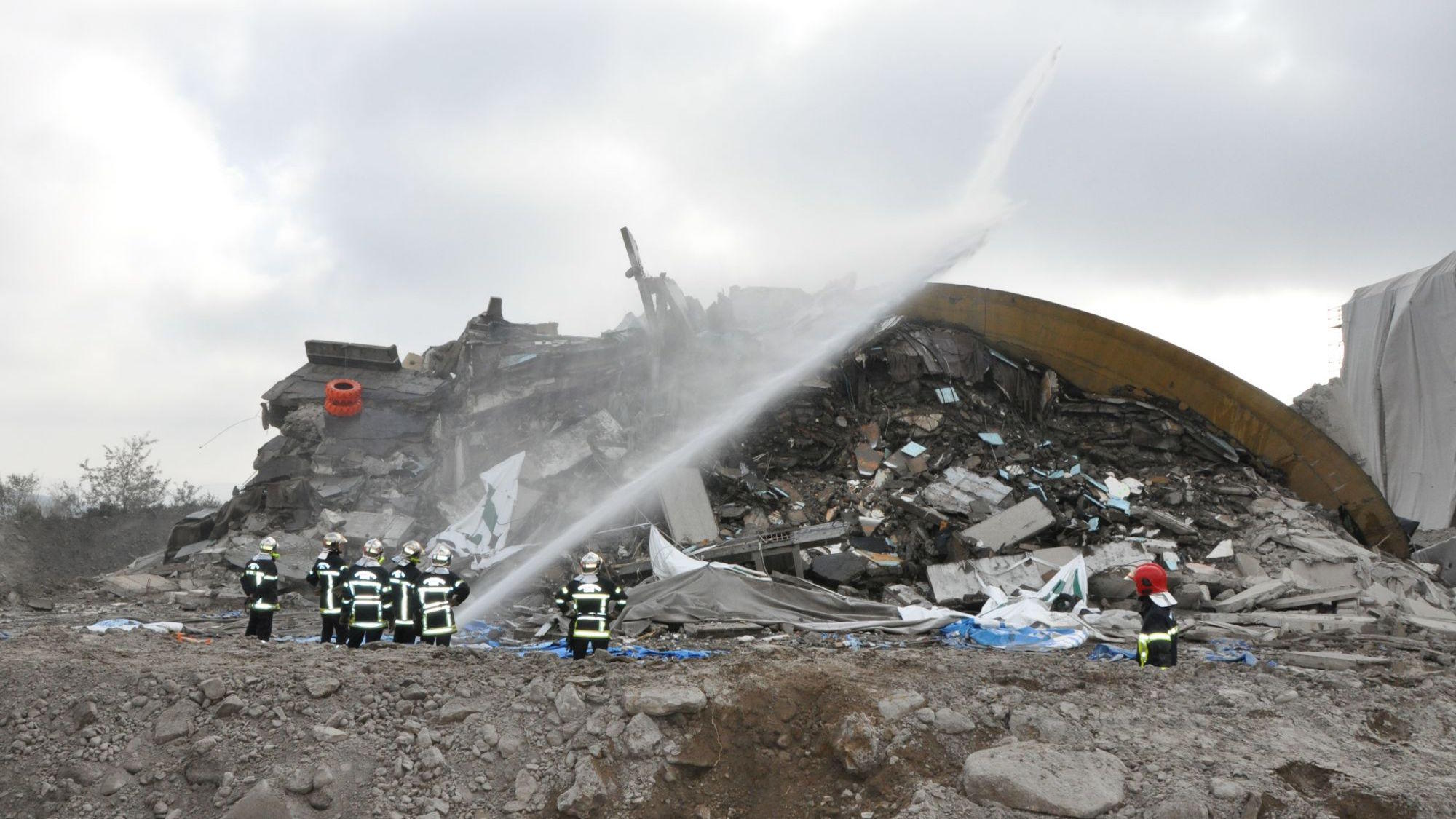 Choreographer Koen de Preter (Antwerp) also used games to launch YoYoGi, an open and free event, primarily organised by volunteers, which was installed in a city park on eight Sundays during the summer. It is based on Yoyogi Park in Tokyo, where anyone can come to show off their hobbies, with music, dance and martial arts… The event took place as part of the Zomer van Antwerpen festival. Rights were purchased for different concerts with around two scheduled each day. There was no infrastructure (snack bar, toilets) other than what was already in the park... Could the event take place somewhere other than a park? In a town square for example? Is the idea to create a “ritual”? Mickey Martins (Freedom Festival, Hull) shared concerns about how public money is spent: how do municipal authorities react when they decide to allocate a budget to a festival and then discover that it is primarily based on a volunteer and free service model?

Another way of overcoming obstacles is through listening

Luc Joulé’s documentary, “C’est quoi ce travail?”, filmed in the Peugeot-Citroën plant in Saint-Ouen in the outskirts of Paris, and projected at the Marseille Vidéodrôme, raised some interesting comments. What is going on? Musician Nicolas Frize mixes with other factory “residents”, and goes on a mysterious “sound hunt”. He receives the same cinematographic treatment as the workers, with words expressed as voice-overs, creating a series of internal voices. We see a close-up of the metal parts assembled in Saint-Ouen, before they head off to China, and of fluorescent earplugs. In the land of the deaf, everyone can hear better than you. And no disability can hold you back, as everyone has their part to play in this contemporary concert conducted by the man with the microphone boom. 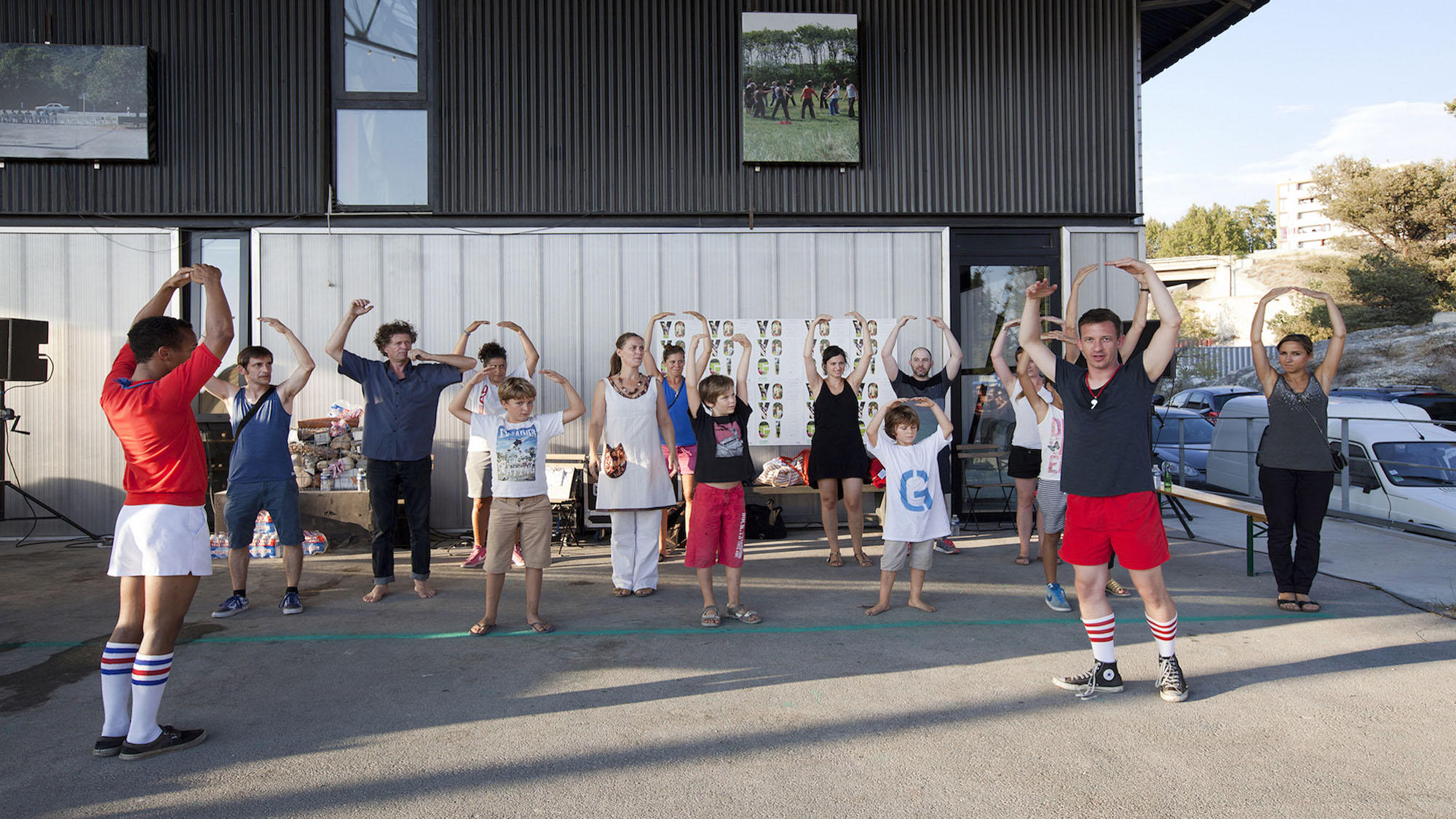 Artist Abraham Poincheval, invited to present his work at Citron Jaune, the French National Centre for Street Arts, also turns out be a good listener as he pushes back the boundaries of the visual arts. For the “- 604800 s” project, the rock under which the performer was trapped in the basement of a bookshop became a “listening stone”... rather than a prophetic stone. Or there is the time the artist, suspended twelve metres above the ground, like an ancient stylite, set himself up to listen to the world. His contemplative approach comes out in another project, as he shut himself away in a 6-by-2 metre bottle, washed up on a beach in the Camargue and then placed in a village square, also along the Rhône River. Conversation was possible through the supposedly watertight bottle walls… and the theoretically sealed lid became much like the baby hatch in a Dominican convent, when the village baker decided to bring croissants every morning to this recluse tucked away in Parc de la Révolution. The story goes that the organiser had planned a guard for the first nights on the beach, to protect the artist and his work from any damage. It wasn‘t necessary. The message in a bottle, whether on the beach or in the village square, quickly blended into its surroundings.

The third way of overcoming barriers is collection, using a documentary approach

On Île de Noirmoutier, Marie Delaite and Capucine Dufour (l’Ecumerie) gathered accounts from people in this foreshore area, torn between high and low tides. The two artists were trained at the Ecole du Paysage and were especially drawn to the gestures of the salt-marsh workers as they worked the salt marshes, and their seemingly choreographed movements. “What motivates you? Do you want to document that?   Are you looking to change things?”, asked William Galinsky (Norfolk & Norwich Festival). “Is the aim scientific or artistic?” This question echoed one from Hugo Bergs (Theater op de Markt) on the first day of the event: “What is an artistic discipline? Is chemistry an artistic discipline?” When does a tool shift into something more? The difference is slight… In Noirmoutier, the results will be shared via a walk, with a mix of dance, games and documentary film projections. The two resident artists in the marshes of the Atlantic are still looking for something. They have found something precious: time. Time for observation, time for editing and time for feedback. 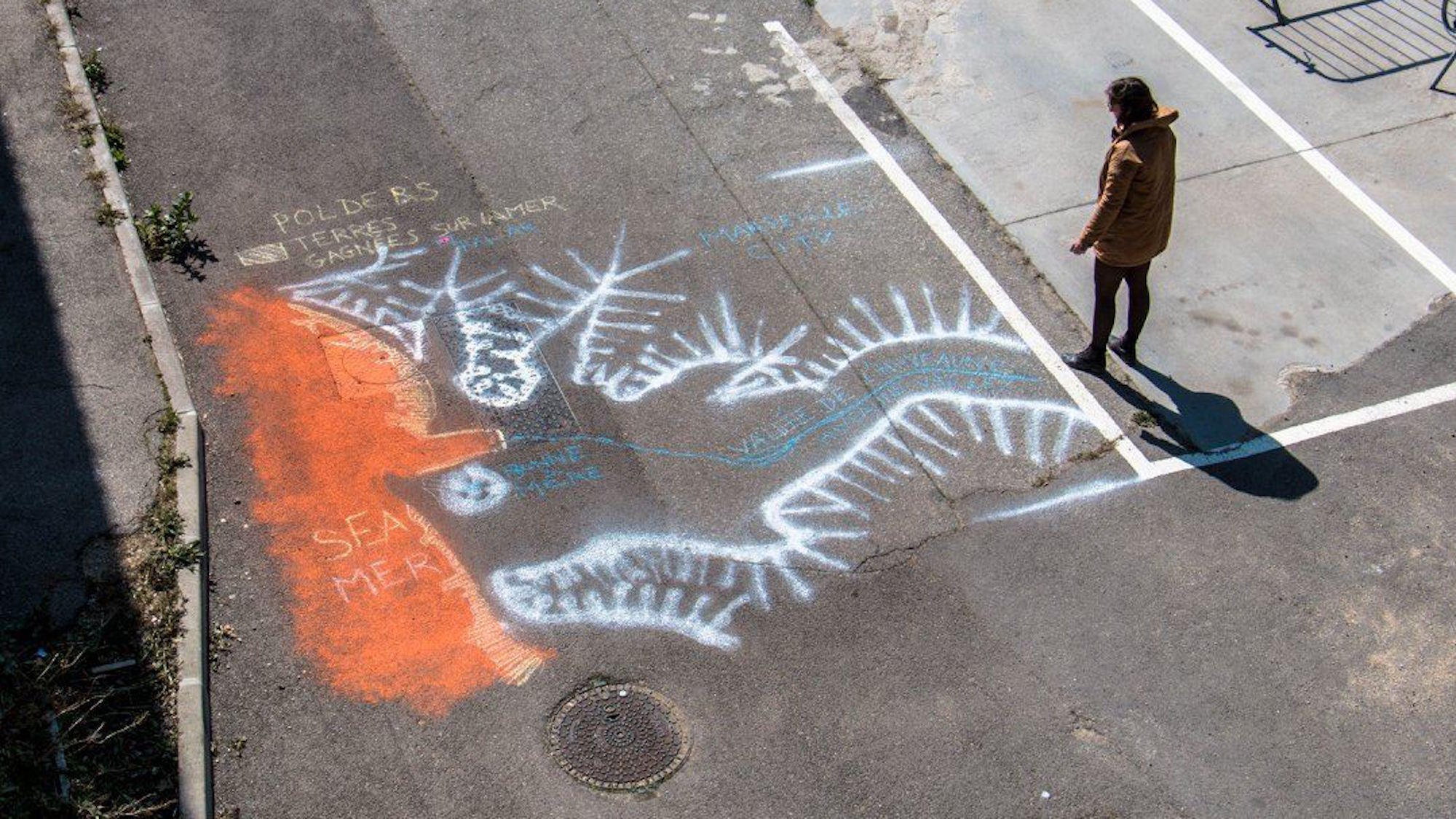 We all agree that we need to break down barriers

But when and where? And with what audience? Our Czech partners have adopted a unique approach in shopping centres. Widespread indifference to the transport of a cryptic national-socialist statue in front of shops (Dušan Zahoranský); a victorious struggle against the establishment of a major shopping centre in Pilsen city centre (Petr Šimon)... For both artists and citizens, shopping centres still need to be conquered, especially in Central Europe where these consumer models did not exist less than a generation ago. Artist Dusan Zahoransky also expressed his difficulty in creating a “spontaneous” gathering (using social networks) in front of a disused cinema, and his desire to bring a new lease of life to an old passageway, in particular by playing with letters and text. British Artist Luke Jerram (Bristol) is used to playing at all levels, from the smallest scale to giant panoramas. He has developed a project of suspended walkways between buildings, offering unique viewpoints over the city (“Sky Walk”). The project will be installed in Norwich in May 2018.
Anne Corté’s project, developed for FAI-AR in 2011 (“Métrie Motile”), already dealt with the issue of “infiltrating the city of partitions with passers-by”. There was plenty of alliteration to go round, with  partitions, passers-by and passageways (which sounds like “naughty” in French). Abraham Poincheval’s bottle can also be seen as a variation on leaks (sound escaping, the bottle taking on water). In the end, it seems that the collective project is less about breaking down walls, than trying to go through them.
Anne Corté seems to be more in touch with current global turmoil and proposes a very ordinary approach to the subject of death. In her project, “Fantômes” (provisional title), some participants (100 - 150 spectators in a total audience of 300 - 400 people) will agree to play dead, with their head and shoulders covered by a symbolic burqa. It is not really about dealing with death, but instead idiocy, through symbolic sleight of hand, says the former FAI-AR student, showing supporting images. The project is set to be unveiled during the summer 2016 festivals. “The world of ghosts is a place without a centre.” The idea is to see the veiled characters through their unified movements and to encourage the fluidity of the group. Using accessories that are sometimes borderline (small carnival veils, chocolate Kalashnikovs[!]), -, the Belgian artist, based in Molenbeek, Brussels, is deliberately playing on the fears and collective fantasies surrounding terrorism. One In Situ representative hurriedly reassured us that the performance will take place in a closed venue in a place where the audience feels safe. William Galinsky smoothed over this, explaining that many artists will find sense in the chaos. Can we still appropriate things? How can we understand our world? How can we do anything other than laugh…? At a time when Journalist Thomas Hahn denounces “the almost total absence of the migrant crisis in French street art” (“L’immersion dans le réel”, Stradda no. 77, February 2016), Anna Corté offers a modern take on the discomfort that will have to accompany these discussions. The artist starts by stating, “we need to accept our ghosts.”