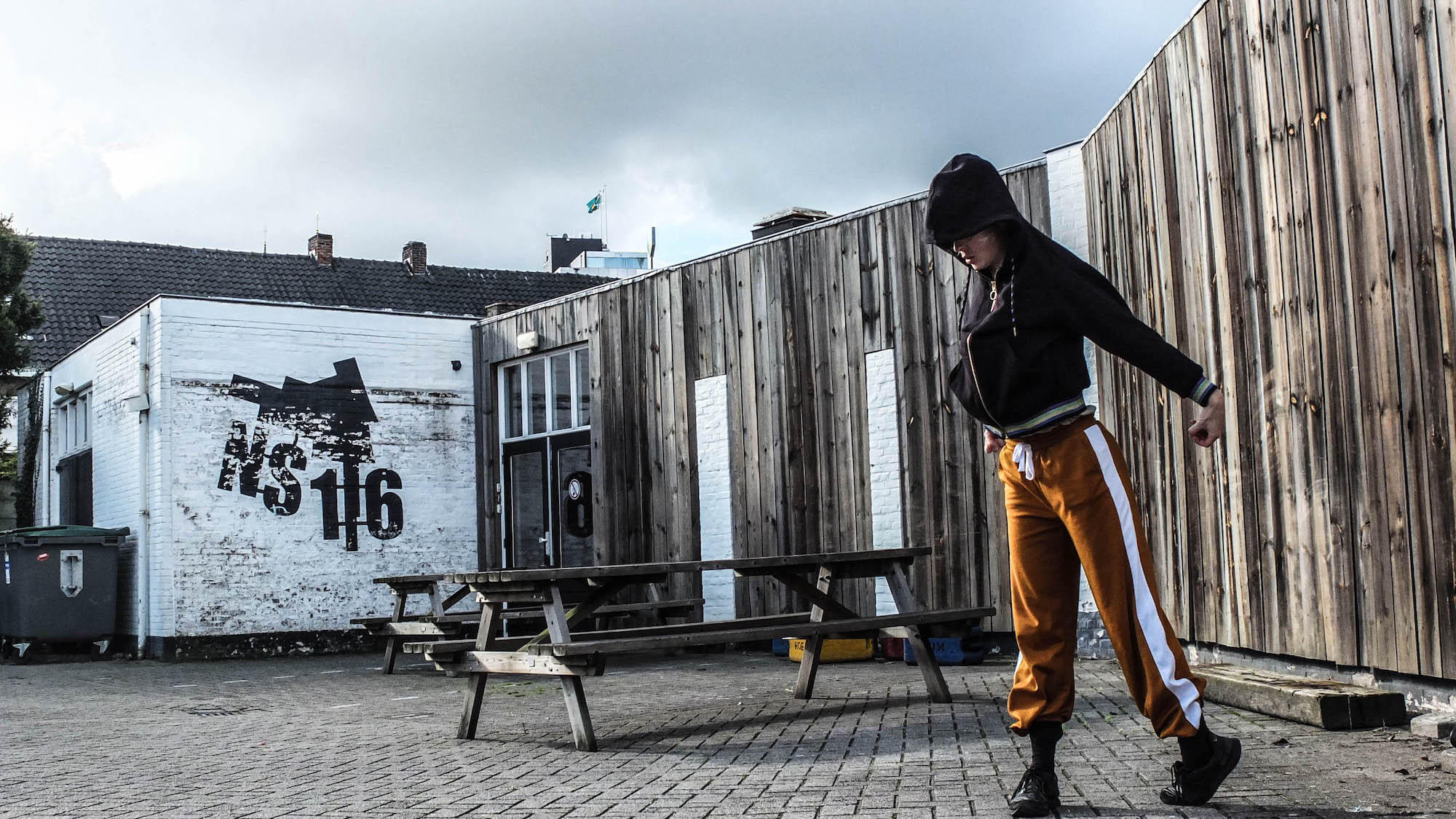 Invited to the La Strada festival in Graz, choreographer Chris Haring recently presented an adaptation of his play, “Foreign Tongues” in a church. Don’t the juggling feats of acrobats also have their own way of evoking religious imagery? From the roots of dance and balancing acts, we’re on our way to the museum.

In Pieter Bruegel the Elder’s painting, on display at Museum Boijmans Van Beuningen in Rotterdam, the tower stretches into the clouds. A remarkable exhibition last spring gave a closer look at the finer details of the work. The tower has an entrance door, open gates on the third level and huge openings that could belong to a church. On the fourth level, a procession can be seen, and perhaps the gallows. All these details were brought to life through the incredible animation work of the Tokyo University of the Arts. Bruegel painted over a thousand figures in the work. However, even in the animated replica created by the Japanese, they are too small to be seen dancing.

In their overconfident ambitions, humans thought they could build a tower up to heaven. God punished them by destroying the tower and creating a multitude of languages, thereby preventing them from understanding each other. Is Chris Haring (Liquid Loft) planning to temporarily fix the disaster? Last spring, “Church of Ignorance”, a version of his play, “Foreign Tongues”, was performed at an Austrian church. This adaptation, says the choreographer, was more transcendental than usually seen in “Foreign Tongues”. 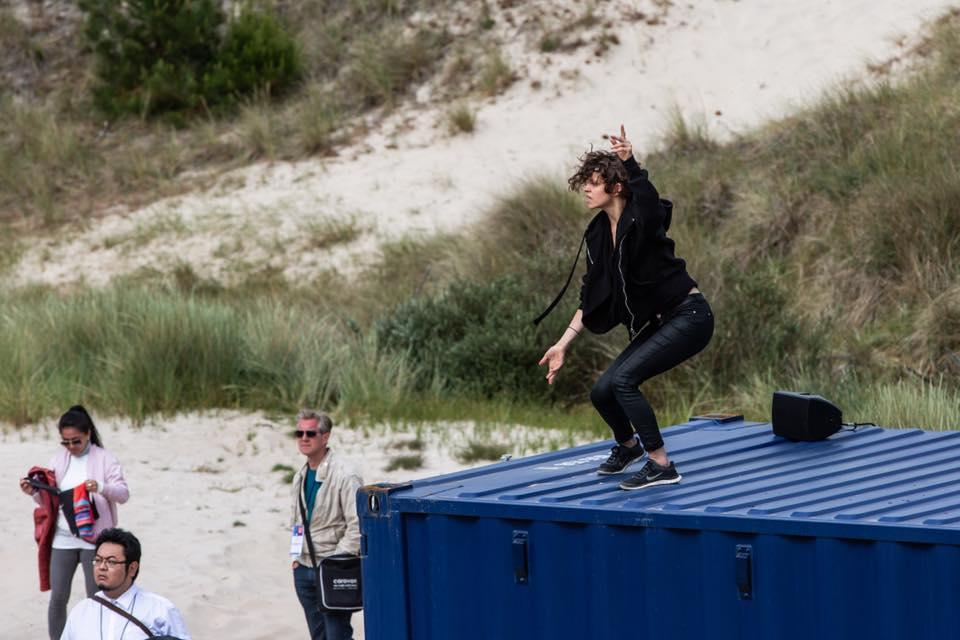 So what is the basis behind the play, as eight dancers appropriate the dialectal or slang speech of various pre-recorded people? “Each language is like a musical instrument,” says the choreographer. The babble of words create an abstract symphony, for both the dancer and spectator.But why choose dialects? Occitan in Toulouse, Frisian (in its various village adaptations) in Terschelling, Albanian mountain or plain dialects in Pristina? “Dialects are always closer to the skin and less articulate,” says Chris Haring. This follows the same thinking as writer Edouard Glissant. “Lacking does not stem from not knowing a language, it stems from not commanding an appropriated language (“Le Discours antillais”, 1981). “Creolisation is about meeting, interference, collision, harmonies and disharmonies, etc.”, all words that would have been written for dance.In some ways, the church creates ritual. Or, as Mircea Eliade writes, “To settle in a territory is, in the last analysis, equivalent to consecrating it” (The Sacred and the Profane, 1957). In “Church of Ignorance”, the bodies on the floor first seem to be like unhatched insects, nymphs, or sylphs. Leaning on a pillar, the dancers carry and hoist up one of their own, in a slanted position reminiscent of the castaways in Géricault’s The Raft of the Medusa. The technique used is lip synching. The ritual uses possession. 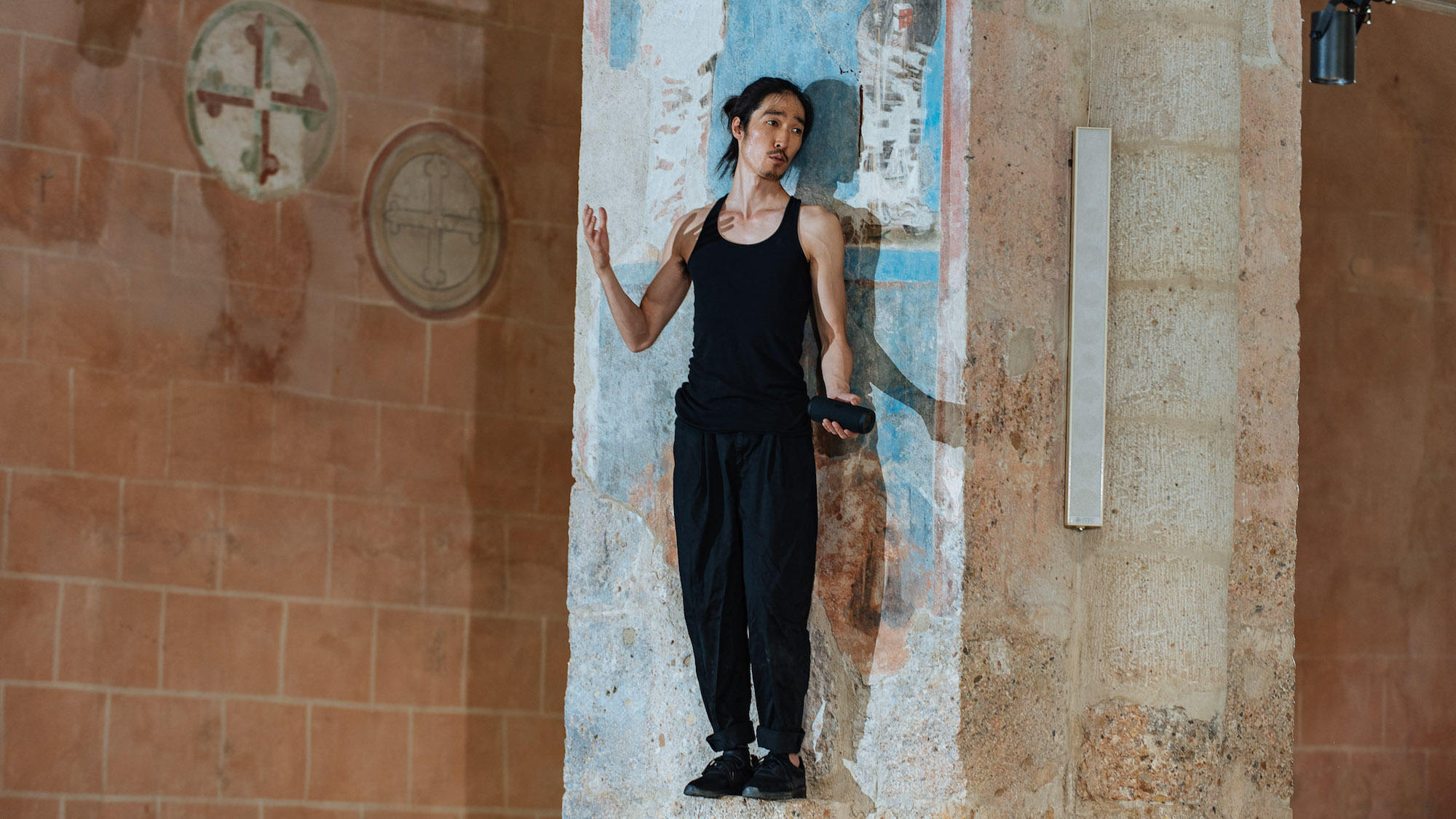 Isn‘t any theatrical or choreographed movement a challenge to the established order? With their lifts, jumps, and human pyramids, the acrobats of Compagnie XY (also present at the La Strada Festival this summer along with dancers from Liquid Loft) seem better suited for a circus than a temple. Regardless, their figures appear to be highly documented.An etching from the late 16th century recently drew our attention. In it, men, women and animals are piled up in chaotic disarray. Some clearly seem to be upside-down. At the top of the pyramid, a small monkey holds onto a branch. What clearly appears to be a bear is at the foot of the structure, on the right. Is it a travelling show, the devilish antics of a troupe of performers? The streaks coming down from the heavens give an insightful clue. Melchior Lorck’s etching, displayed until October at the Kunsthalle in Hamburg for the Unleashed Nature exhibition, does not depict the collapse of the Tower of Babel, but rather another Biblical disaster – The Flood.