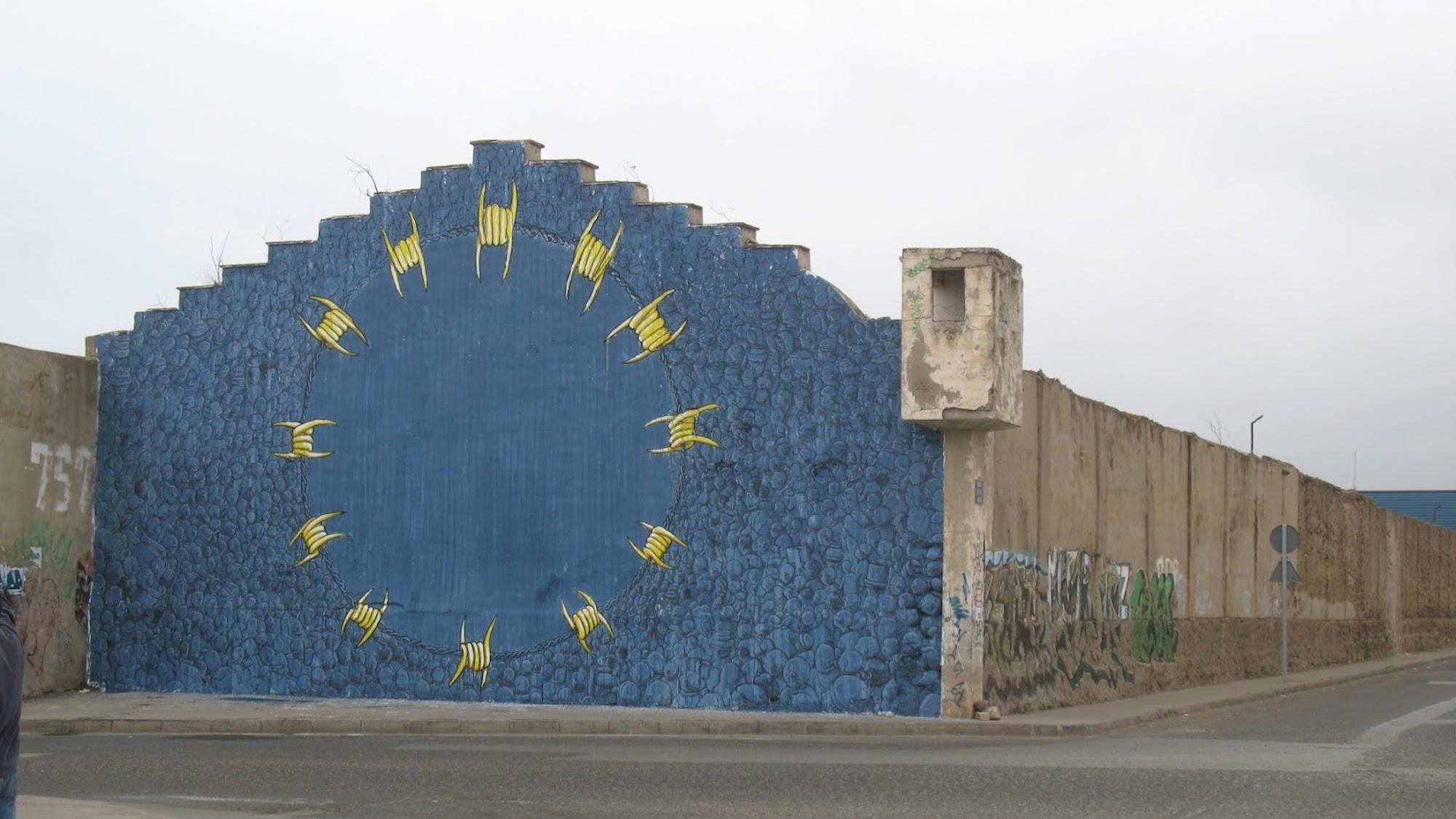 In summer, the air in the border city of Graz (which takes its name from “grad” or “gradec”, meaning “town” in Slavic languages) ripples with the sounds of Croat, Slovak and Slovenian. A generation ago, the city was at the border of “the other Europe”. Today, the La Strada festival is peacefully celebrating its 20th anniversary. But other borders still need to come down in people’s minds.

An invisible wall springs up out of thin air in a mountain valley, cutting a woman off from the rest of the world. The image sets the stage for Marlen Haushofer’s captivating novel, “The Wall”, which became a bestseller when it was published in 1963. It was a metaphor that applied to her homeland of Austria, which was thrown into the confines of “the other Europe” after WWII. The road from Graz to the border with the former Yugoslavia (Graz/grenze, “von Graz zur Grenze”) was just 50 km. “It seemed so far to us,” recalls Werner Schrempf, who founded the La Strada festival in 1997. “And in some way, it still is…”

Breaking down walls and getting around invisible barriers are exactly how Kunstlabor Graz and Teatri Oda (Kosovo) address the issue of Fortress Europe. In a city centre shop, young migrants, mainly from Afghanistan, come for art workshops every morning. “What are European values? What are Europe’s tastes? How is it evolving? And is it really a shop with business hours and a front window?” The question seems broad enough to apply to both the institution of Europe and the meeting place.

Italian artist Matteo Lanfranchi (Effetto Larsen) plans to use people’s stories to draw an emotional map of the city, just like storyteller Olivier Villanove and the Agence de Géographie Affective. “We are not taking a therapeutic approach,” insists the Italian artist. “The idea is to give a shape to the ghost.” Performance isn’t even on the menu. The outlines for this project – with other means! - seem to have been drawn twenty-three centuries ago: “The Spectacle has, indeed, an emotional attraction of its own, but, of all the parts, it is the least artistic, and connected least with the art of poetry.” (Aristotle, “Poetics”). 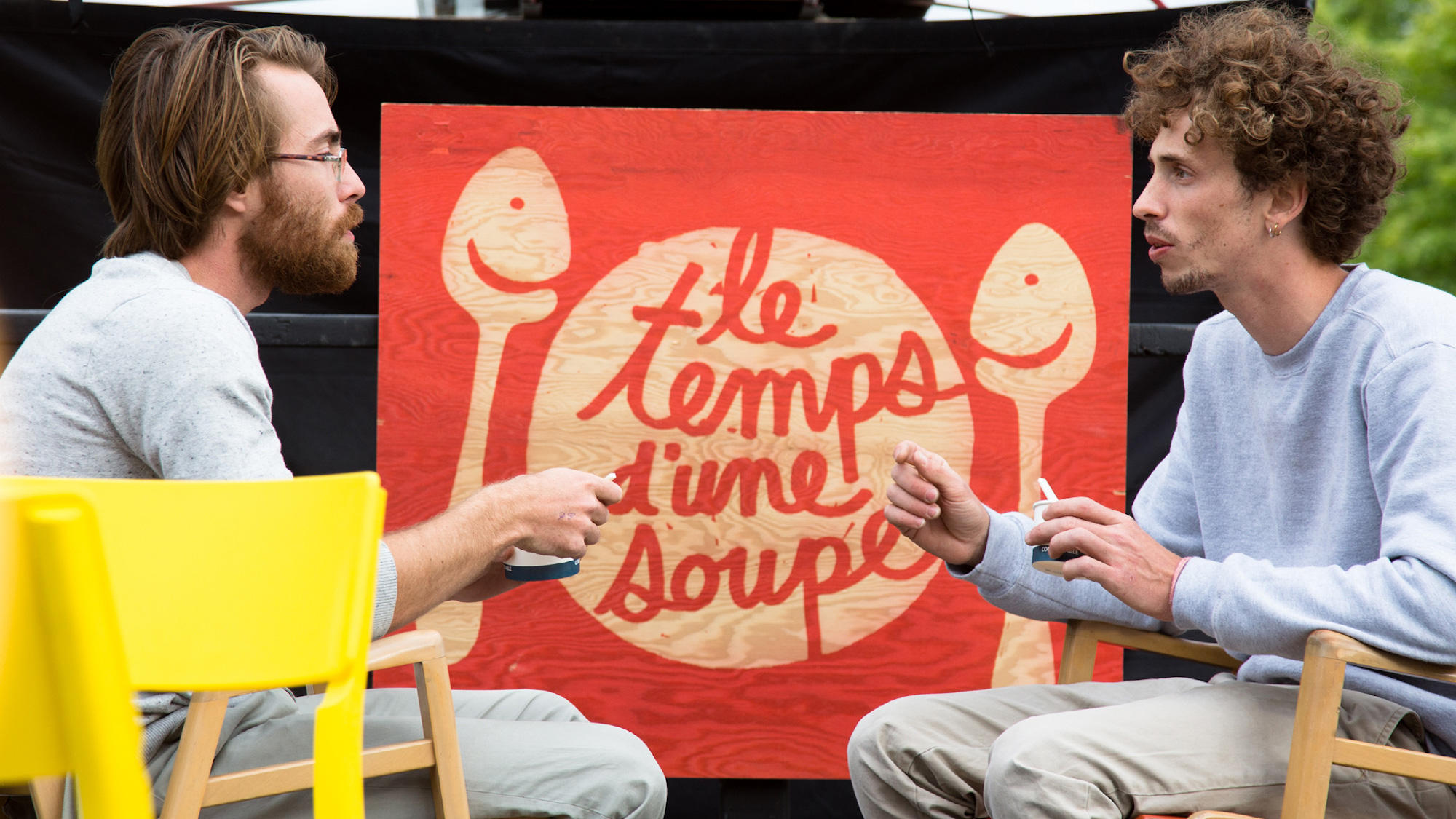 The here and now, and an emphasis on exchange are also what characterise the approach of the Canadian collective, ATSA, which was also seen this year at the Tombées de la Nuit Festival and the Freedom Festival. Sitting face to face, two spectators who have never met chat about a global or local issue over a bowl of soup. Two mediators seat the “spectators” and give them a conversation topic. The exchange that unfolds is completely up to the audience. It is a “non-performance”, an art form that French or German choreographers and enthusiasts of "non-dance” could have claimed for themselves. But for the same reason, each detail is important. “Here, everyone talks in “confidentiality”,” says Annie Roy, co-founder of ATSA (Quand l’Art Passe à l’Action). Before the event, a three-hour workshop with diverse community or neighbourhood representatives is held to write questions that are as open as possible. The whole thing is about much more than the event itself. Long live free speech!