Whose walls? - Transient art for a shared public area 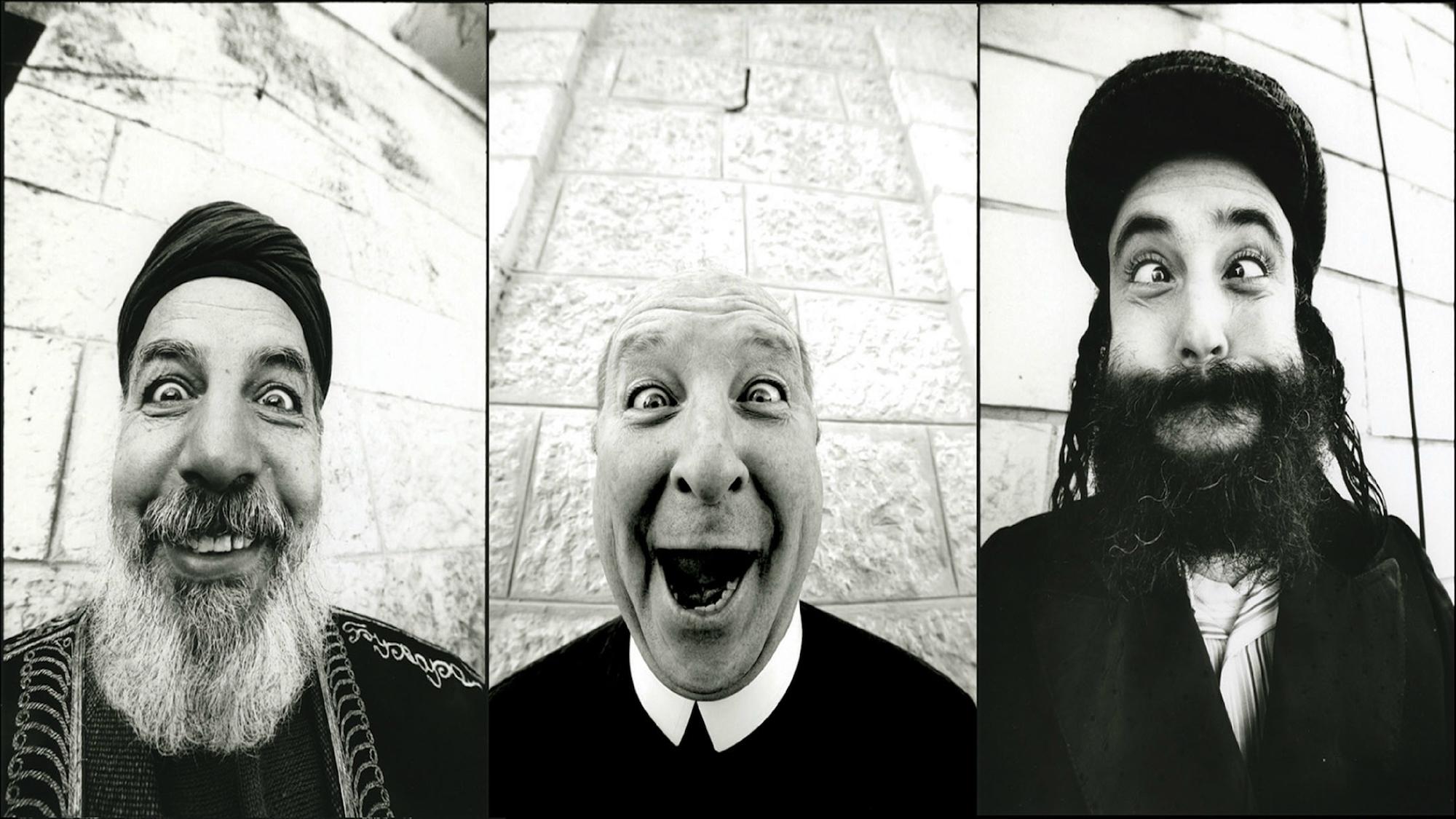 Gigantic portraits of Palestinians and Israelis plying the same trade, stuck face to face in public areas, on either side of the Dividing Wall. That was Face2Face, a daring project which brought fame to its authors, JR and Marco. Since then, the two authors have pursued their work, springing surprises in daily city life to change our way of seeing things.

The relationship between a street artist and public areas is ambivalent, as it relies on his taking over a space which does not belong to him, be it for a day or forever.When I began to express myself on walls, I wanted to leave my mark. I would walk past places I had already tagged and try to find the marks I had left.

My approach changed when I undertook a tour of European street arts. I met amazing tag artists who created huge projects, but I understood that I would have to abandon tagging for posters. I had a much more pressing desire to represent people than to create solitary works. I also wanted to leave memories on walls and not just indelible marks.A poster on a wall is a living thing. You are in contact with the material – glue, water, paper, sweat. You can come back and revisit the poster a month later. Perhaps it is still intact, perhaps someone will have added a red nose to a portrait, perhaps it will have been torn poetically or aggressively. A poster is transient. Every day, it is subject to the reactions of the “audience”, who may decide to tear it, cover it up or transform it. Sometimes, the wind and rain become involved, turning a portrait into confetti on a wall, with only an eye or an ear sticking out, or sometimes nothing. 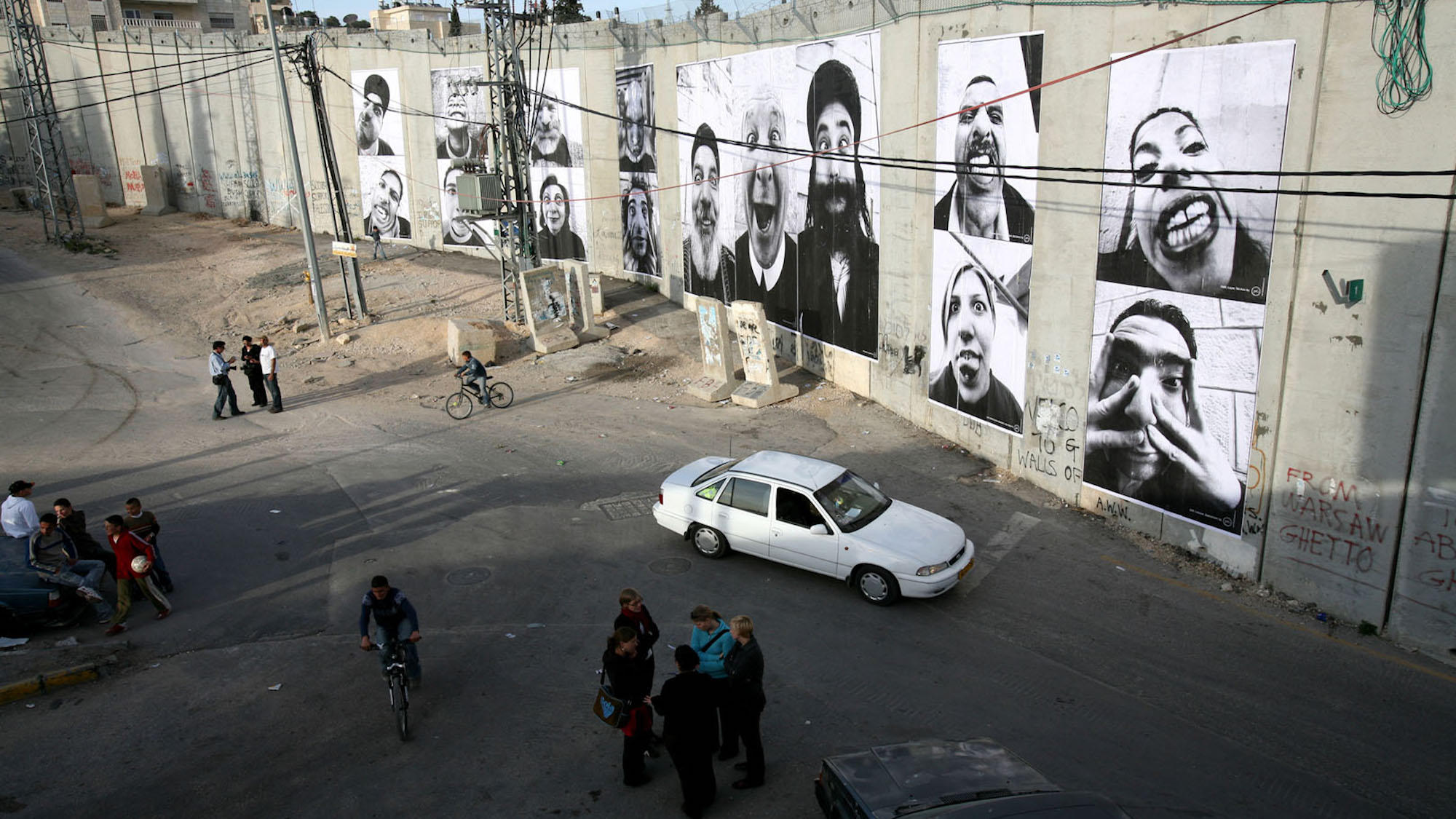 Public areas belong to those who live there

Then there is the question of property. I stick works on walls which don’t belong to me. And I generally have no permission to do so. Sometimes, the walls on which I stick my work don’t really belong to those who control them. So the situation becomes more and more complex. Who does the “safety barrier” belong to, the Israeli “Dividing Wall” which in some places is on Palestinian soil? Or the walls of the favelas in Brazil, whose occupants have no property deeds? Or the walls of abandoned houses in Africa?

Public areas belong to those who live there, people who aren’t in the habit of visiting museums but who walk past walls which often have nothing to say. That is who I am talking to. I want to bring them face to face with themselves. And that is why I invade their privacy with my 28mm lens. They are not the subjects but the actors in the work I display on the walls on a large scale so that the image burns into our psyche, so that the passer-by looks at the photo just as the photo looks at the passer by, much to his surprise. Genuine surprise lies not in being surprised by something surprising. That would be no surprise at all. Genuine surprise happens when you are surprised by something which is not inherently surprising, such as yourself, your neighbour or your enemy. And it is here that the public area may play a role – by creating surprises and asking questions. 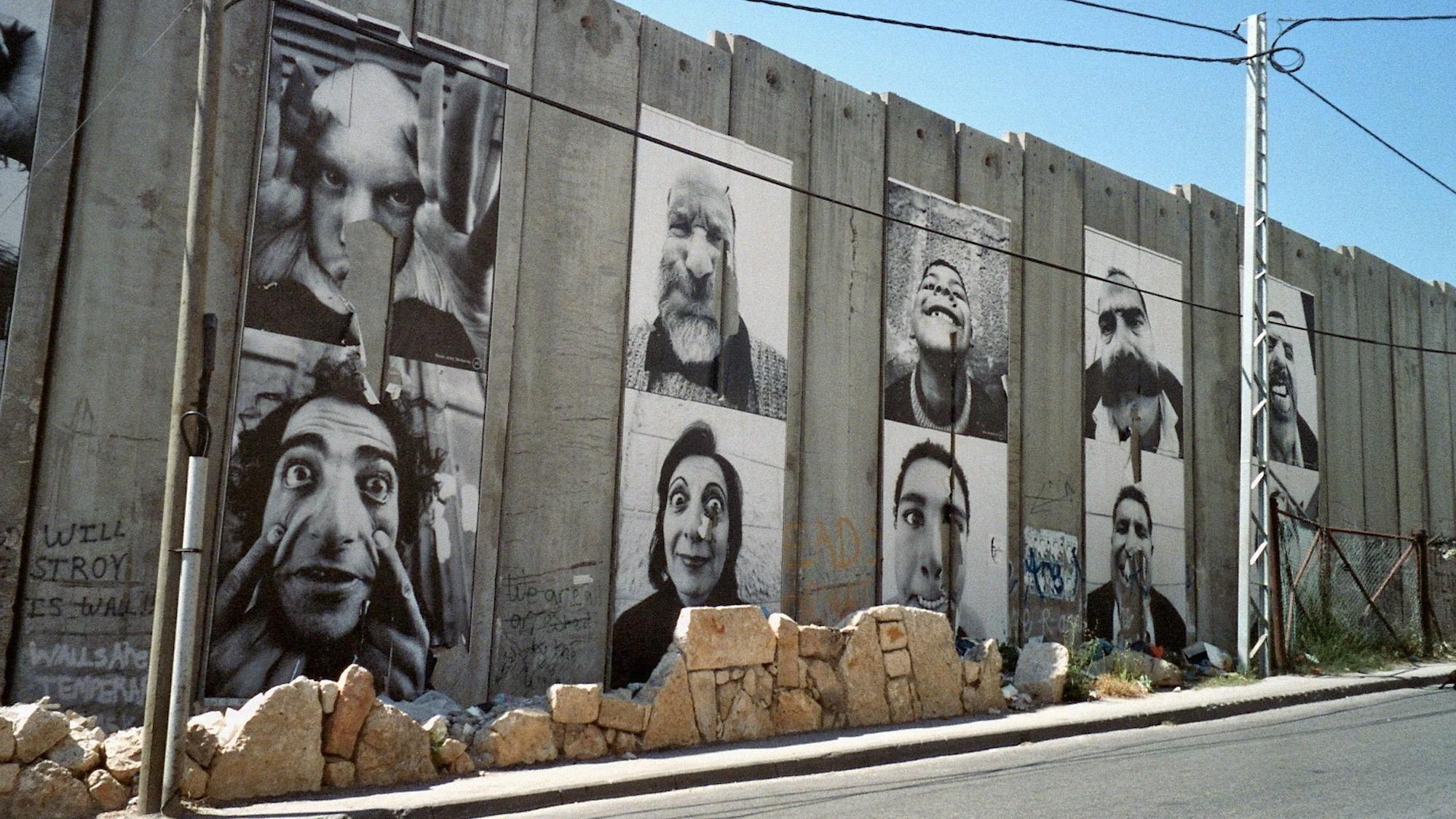 Of course, to take possession of this public area you must have something to say, an original message to convey. It has to be worth the effort for the police, the legal system, the local elected representatives or the owners of the buildings sometimes adopt a restrictive approach to the issue of public areas.To my great surprise, during my illegal exhibition in the Near East, the strongest opposition that I encountered was from the owners of the walls on which I stuck my work. The preservation of private property is a universal reaction, but we can overcome it by explaining our approach. This sometimes leads to surprising encounters and an owner may become an accomplice.

This cannot be said of the authorities. Can you imagine, if everyone did the same thing? I have already organised illegal exhibitions where the authorities began to remove my posters (with a high-powered cleaning machine) against the wishes of the local population. In this case, to avoid tolerating the intolerable (like I said, if everyone…), they turn the unofficial exhibition into an official exhibition. Order is respected and art wins the day.