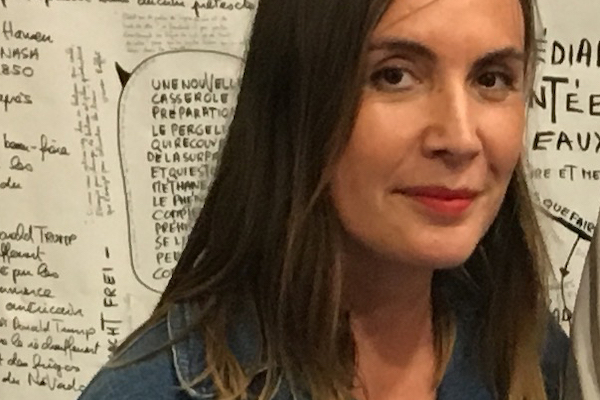 After an IUT social careers and a dissertation in anthropology on the “Indians of Armorique” , Fabienne Quéméneur followed a master’s degree in the design of cultural projects where she focuses on brownfields transformed into cultural places.

Fabienne Quéméneur launched quite quickly in the production and support of edifying cultural projects, above all intended to boost the morale of the people but with the secret hope of gradually increasing the universal awareness of the audiences concerned. Having become the ANPU liaison agent from its creation (urban psychoanalysis agency), she co-pilots the agency and welcomes the representatives of the territories who want to lay their cities on the cough. She is now also the coordinator of the SEA, the architectural exploration site, at “Le bout du plongeoir” an art and meeting factory near Rennes and “les rendez-vous de la cervelle” (the meetings of the brain), a popular university in Rouen which links conferences with art and culinary performances.

Atelier 231 is an old building on industrial wasteland, belonging to the French Railway Company (SNCF). It is now one of the 14 National Centres for Street Arts (CNAR) accredited by the government in August 2010.