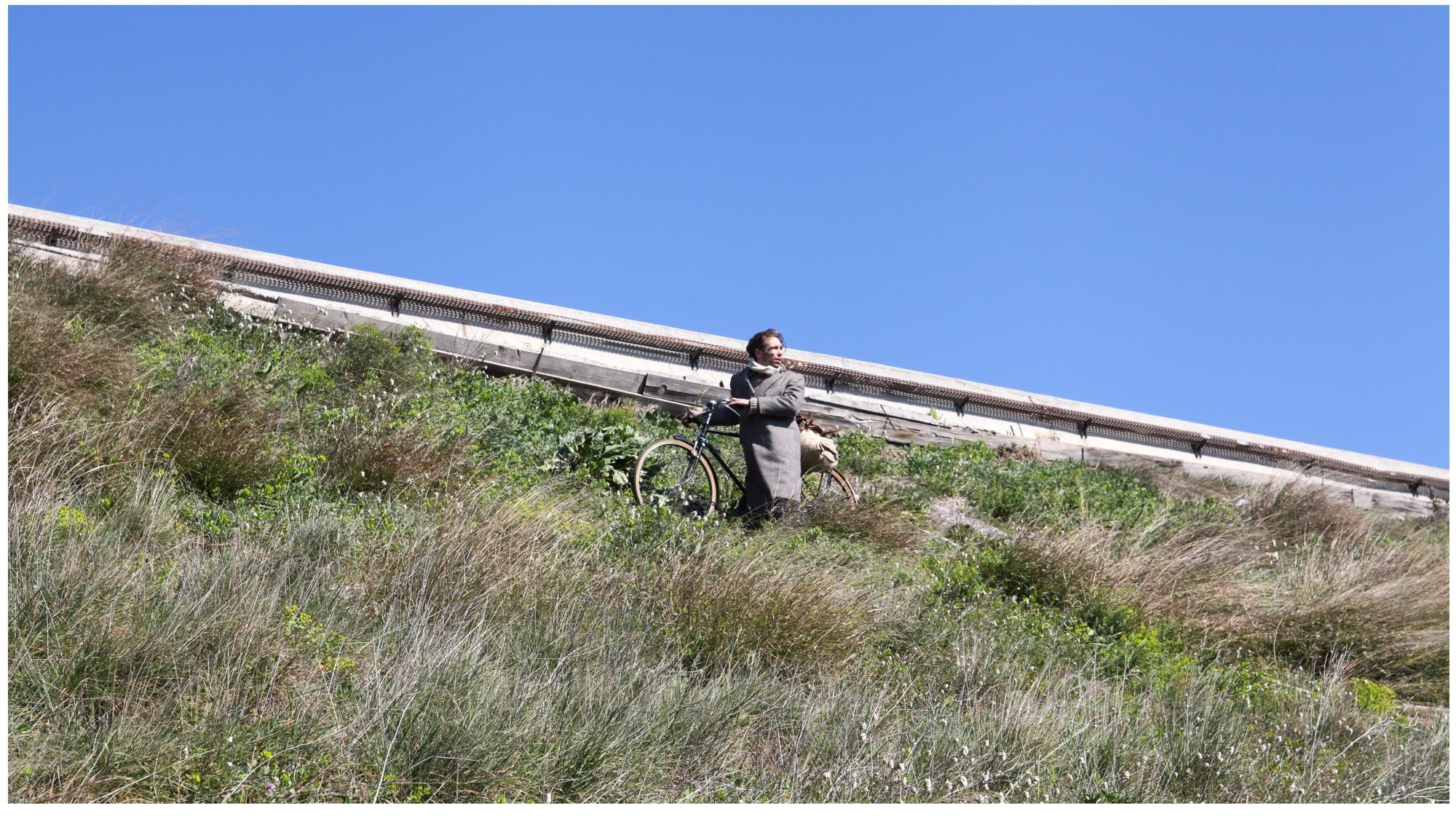 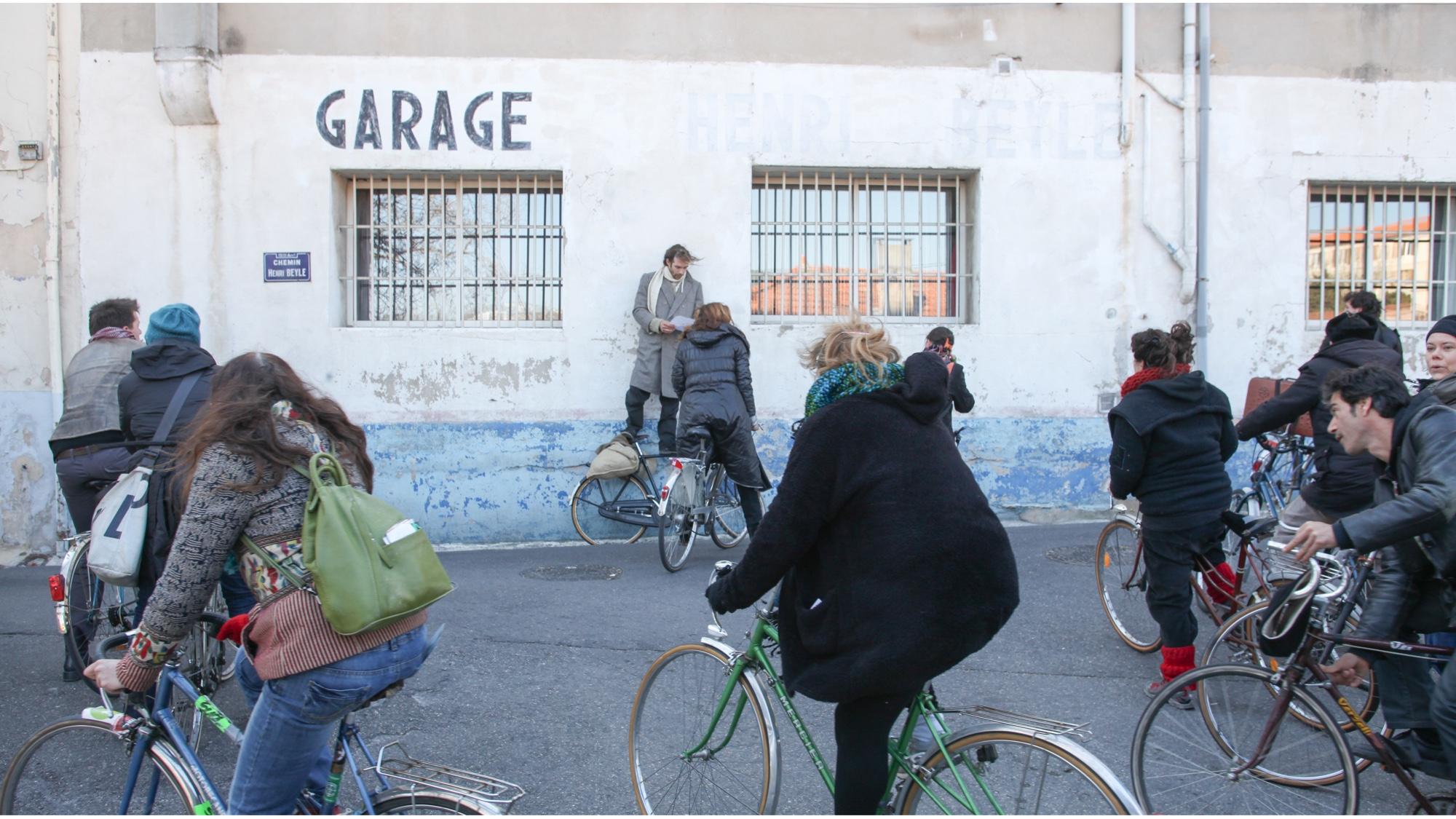 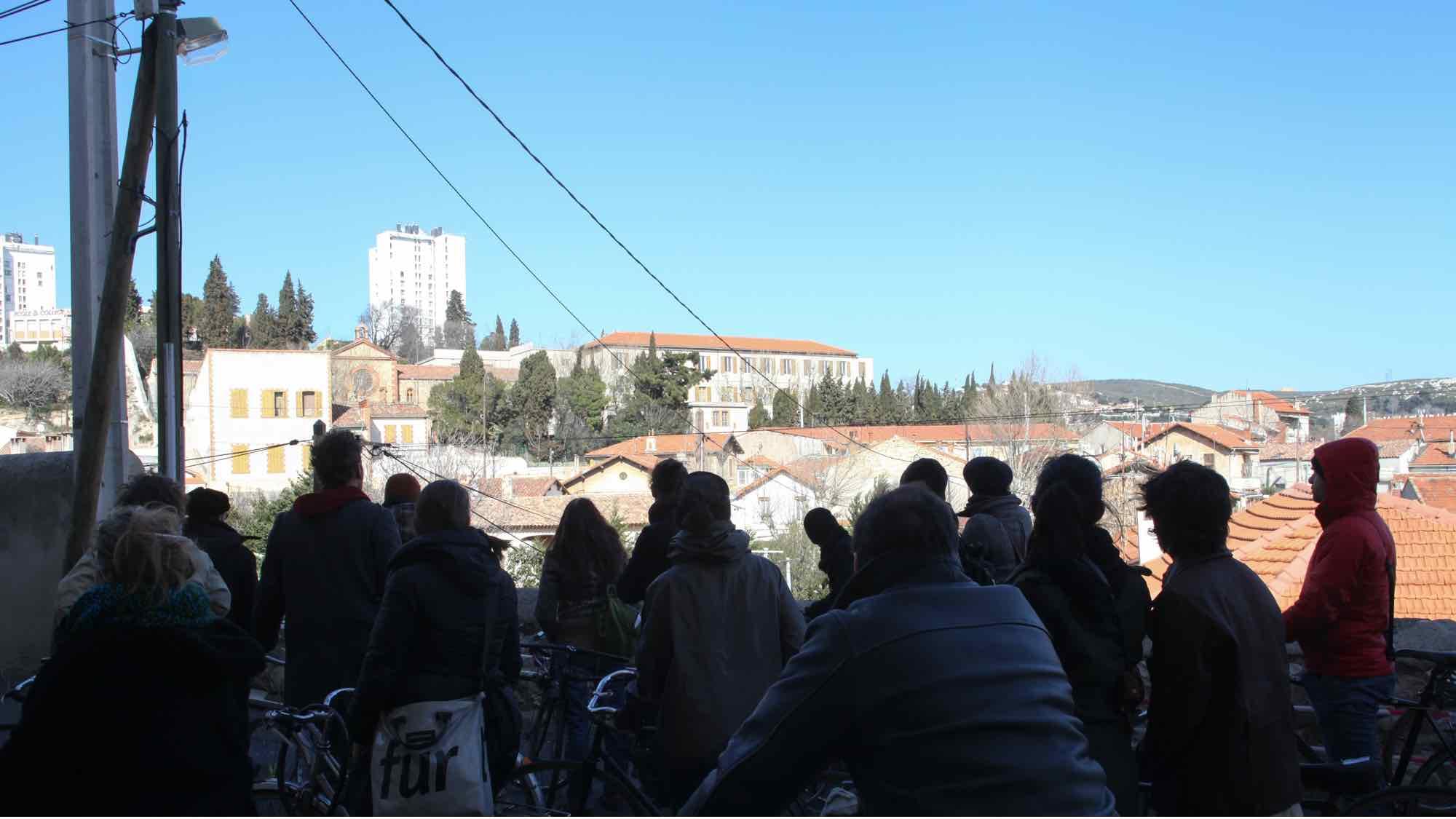 Small routes tell about journeys. Zahaba (partir) is a kinetic performance. A performance in movement about movement. The audience’s energy is the mainspring. The intention is to lead the audience in a particular relationship to their environment, by directing their perceptions and by making them available to be absorbed into a story.

The artistic installation uses bicycles to generate the kinetic movement. The stage is the city. The rolls of film we will use are the streets ... The performance score is written from what we experience, in a lively, sensory immersion. “You hear, you look, you listen, you see, you smell, you feel”. Zahaba (partir) is about a moment off-camera, which happens in a journey’s meantime. We explore this time of suspension through the story of a character who le his country.

The audience’s small route develops itself in parallel to the main character’s journey. The character has not dismounted nor settled down, he is always in movement, off balance; he left the place he comes from for another world. He looks ahead in a life elsewhere, and takes us in his projection. The bicycle turns into the needle of a record player, playing the city like a vinyl disc, reading the streets’ grooves. 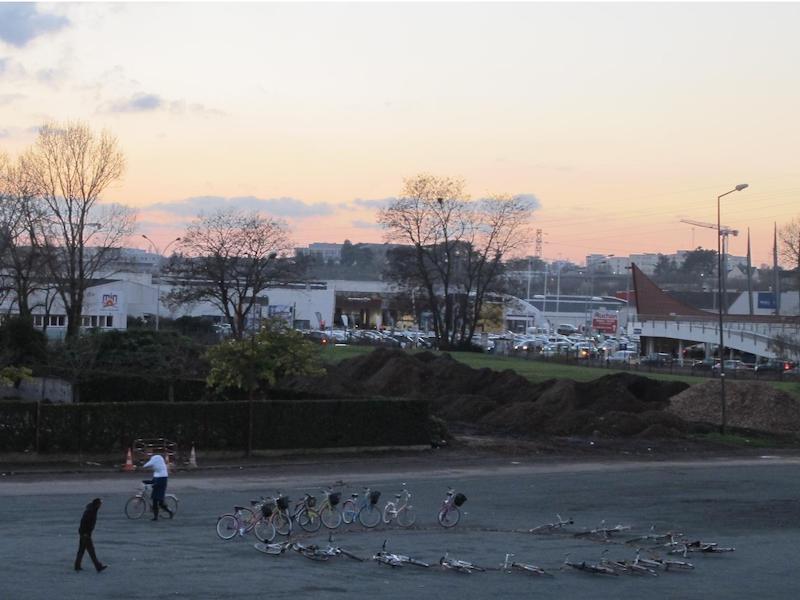