Artists And The Foreign Presence In Europe: Productions That Buck The Trend 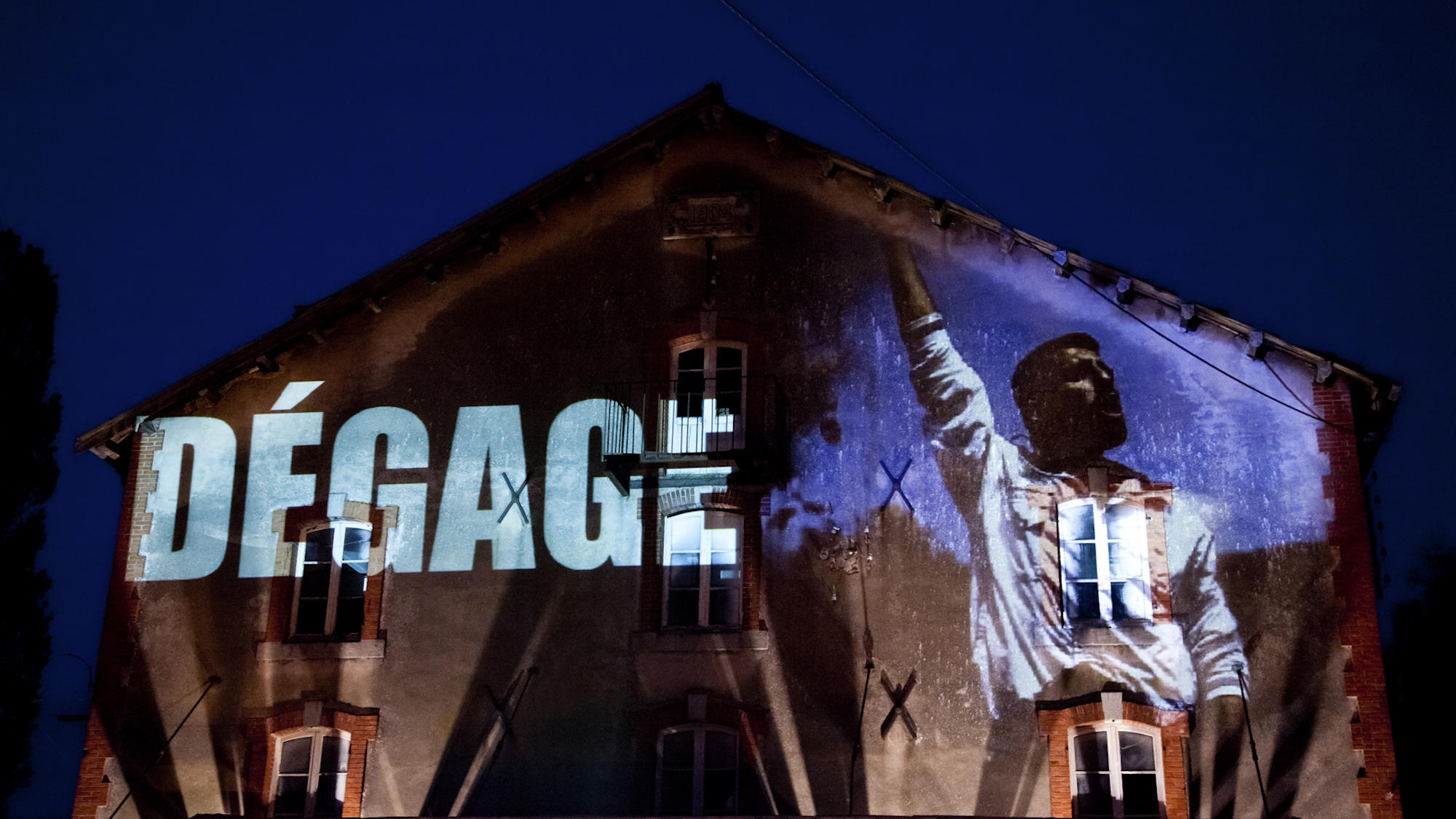 "Arab revolutions" on one side, xenophobic withdrawal of European countries on the other, and moving from one to the other, immigrants holding on to glistening hope. On the European stage, artists are seeking to present and help us to identify with the ambivalent experiences of migration and exile.

Before the recent ‘Arab uprising’, the dictatorial regimes of Khadafy and Ben Ali were partners with Europe, retaining on home soil prospective candidates for a Mediterranean crossing. Their countries represented the exoskeleton, the outer shell of a soft-bellied Europe showing total ambivalence. The Tunisian revolution, then the revolt followed by war in Libya have led to an increase in the number of migrants landing on the European coastline, provoking, in France and in Italy, a wave of cynicism and populist exaggeration amongst heads of State. In this context of the stigmatization of exogenous populations, purportedly beyond assimilation, what contribution are artists making? How are they viewing ‘otherness’? What responses are they proposing to the hostility of European society towards the foreign presence?

It is worth re-reading today Stefan Zweig’s intellectual treatise “Yesterday’s world. Memories of a European”, which sheds disturbing light on our interpretation of the world today. In this manifesto for a peaceful European federation, artists are portrayed as the most dependable but also the most fragile vectors for the circulation of Universalist ideas. In this documentary essay on Europe from 1895 to 1941, written from exile in Brazil before he committed suicide with his wife in 1942, Zweig describes the upheaval of the First World War, the crisis of 1929, the Spanish Civil War, Hitler’s rise to power and the horror of State anti-Semitism. Pursued, exiled and censured, he saw his books burned and his name listed as that of a criminal in Nazi Germany. A plea for Europe, this book also describes the amazing intellectual and artistic movement that Zweig witnessed and embraced.

The fate of European intellectuals and artists confronted with political violence is at the heart of the artistic project co-written by the company Divadlo na peróne (Košice, Slovakia) and Là Hors De (France), entitled Step by Step. Exile, forced migration, the fragmentation of biographical journeys and separation from the homeland feature in this attempt to reconstruct the step by step of an artist who expresses his resistance, responding to oppression by an obstinate determination to think, write, paint and create. The project began in 2008 as a reminder of the fate of Sándor Márai. Hungarian writer, journalist, playwright, poet and translator born in 1900 in Kassa which then formed part of the Austro-Hungarian empire (the present-day Slovak city of Košice), Márai experienced all the upheavals of the 20th century. He was forced to flee Budapest by the Totalitarian terror of the Soviet regime. His books were banned and systematically destroyed. He committed suicide in the United States in 1989. Other portraits of artists who were victims of violence in their day will be developed by this project in other European cities, leading up to the presentation of a full version of the production in Košice and Marseilles, both of them being designated European Cultural Capitals for 2013. 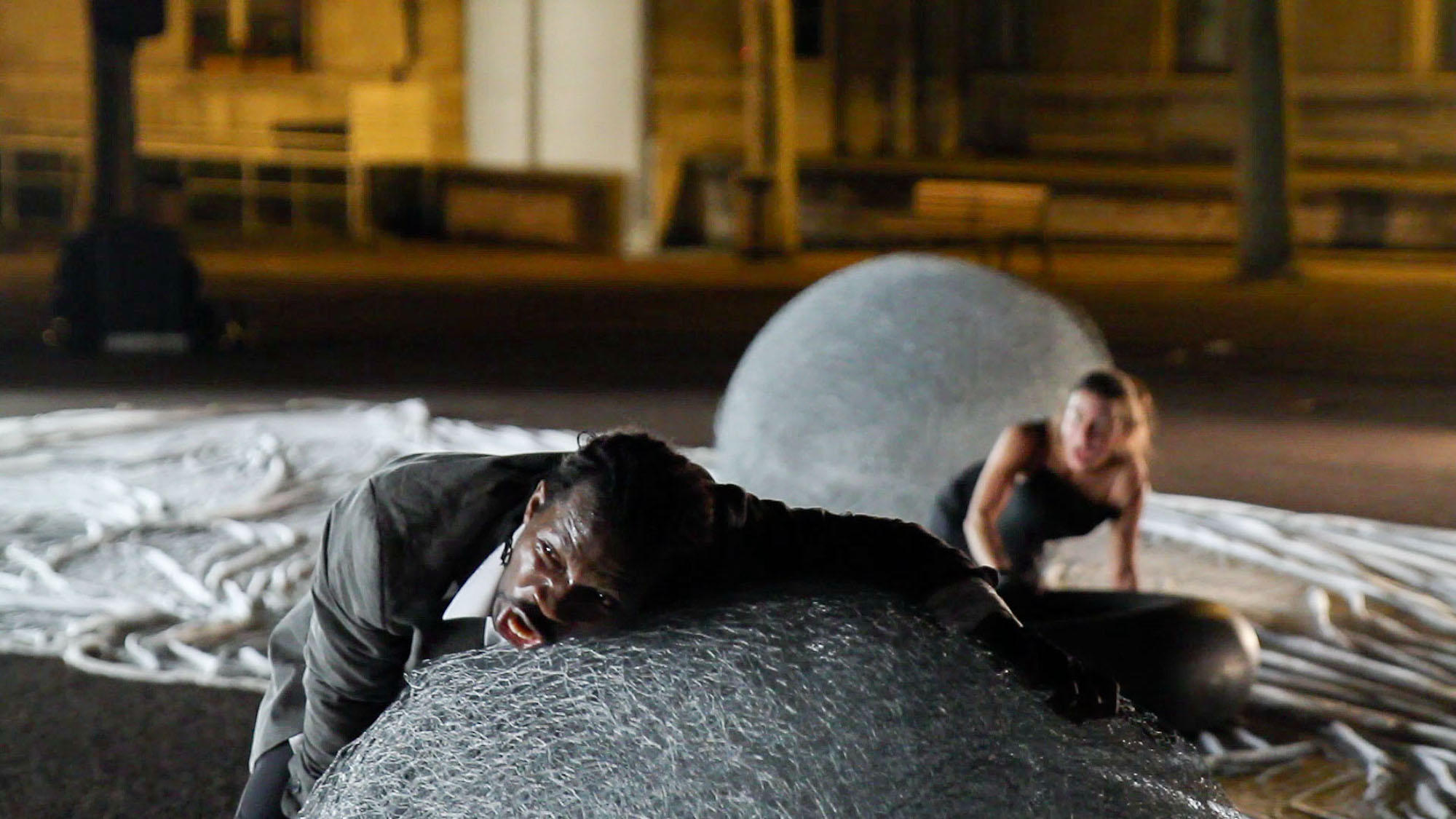 In the current political context, other artistic expressions help us to share and understand the experience of migration.

To express refusal, resist in one’s lifetime and maintain one’s dignity by either exile or escape is the theme of the production Autoroute du soleil directed by choreographer Ali Salmi (of the Osmosis Company), inspired by Baru’s comic strip. Two youngsters from the Lorraine region of France, brought up in a deprived working class neighbourhood, set out on a ‘road movie’ drawn towards an Eden, the Mediterranean coast. A story of initiation, the experience takes on meaning as their adventures accumulate throughout the journey. The feeling of social relegation is highlighted here as the source of their initial urge to leave. According to Ali Salmi, “the question of ‘otherness’ is based more on perception than on the geographical distance that separates us. Suburban youth, for example, feel displaced as soon as they change neighborhood. This reality creates understandable feelings of revolt.”

Two other productions proposed by Ali Salmi examine the question of journeys from the more somber perspective of illegal migration. They explore the fine line between the hope of a better life and disenchantment by depicting the chaos experienced by the characters: the migrant is the negligible part and the insignificant substance of globalization. For the choreographer, this theme is consistent with the physical expressions he portrays: “the dancer experiences being caught up in a movement, of being carried along, of moving from one point to another, of moving through space. Both migration and dance are a question of space.”

"Migrants are the warriors of situations that they refuse, of conditions that don’t allow them to nourish or to bring up their children." Ali Salmi

The tragic fate of men who cross central Asia from Afghanistan as far as Calais, hidden in the trailer of an HGV, is the subject of Transit (2005), choreography for a lone dancer in a parked truck. All the confined spaces of the truck are explored as places of retreat, conflict and confrontation between body and surroundings, with the dancer’s movements portraying the emotional upheaval, the fragility and the wounds of an illegal migrant. Ali Salmi ex-pounds: “Migrants are the warriors of situations that they refuse, of conditions that don’t allow them to nourish or to bring up their children. My commitment to them is a weapon to honor the energy expended by those engaged in a life struggle. These mothers who carry their children through the snow are not driven by the energy of hopelessness, but on the contrary by a tremendous hope.” In the production Alhambra container (2008), the subject is arrival at destination. We witness the unloading of three containers on a wharf, a ballet of cranes maneuvering steel cubes from which three derisory silhouettes emerge, shifted and transported like mere merchandise. Ali Salmi explains: “The artists are guides; they help us to understand the other. The artists touches a part of our imagination that opens windows that are sometimes more painful than reality, sometimes more magical. We touch the reality of this world with either a lightness or a firmness that journalists or sociologists are not able to do. All these perspectives are complimentary, combine and are mutually stimulating.” 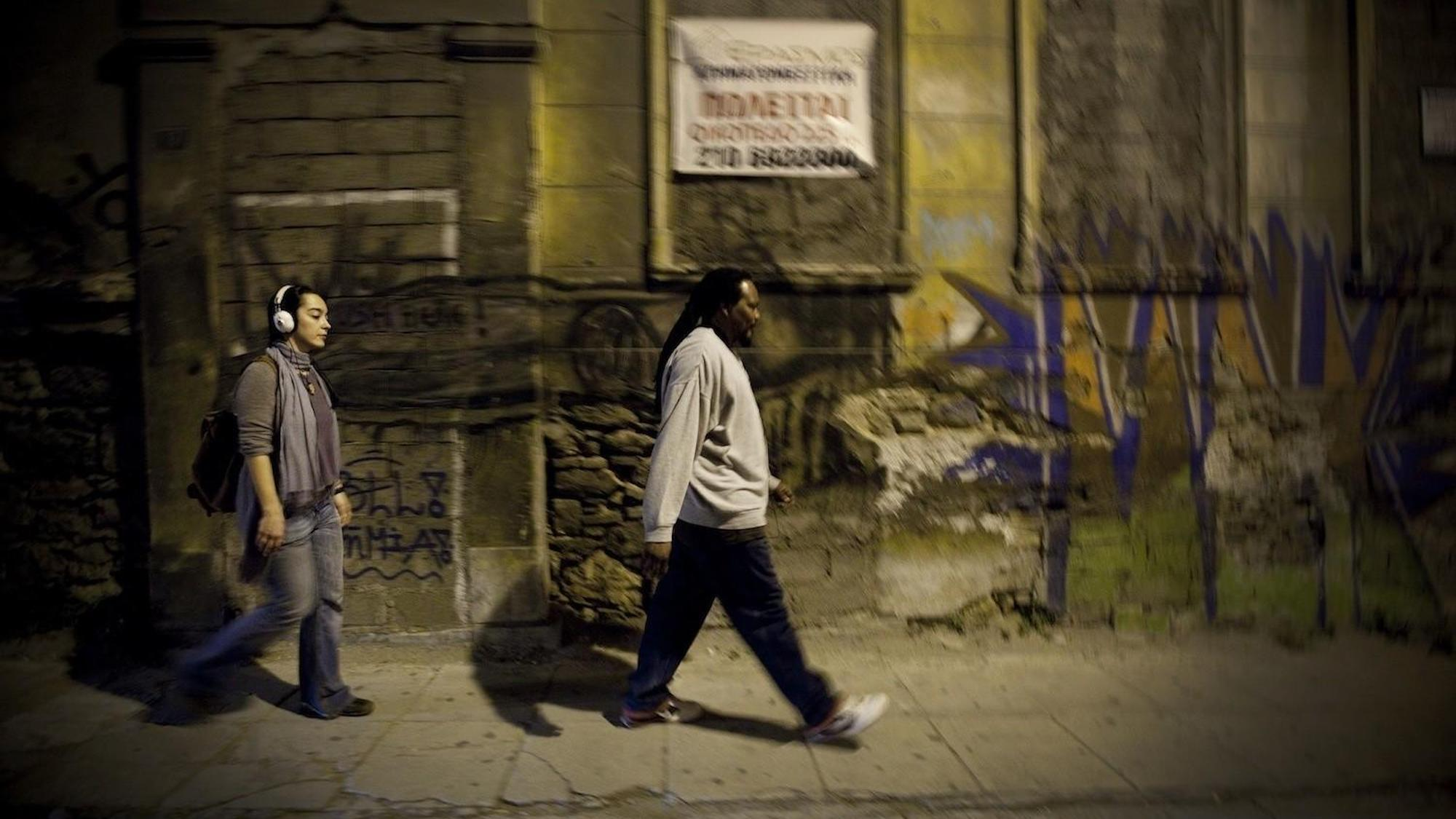 In the face of renewed populism in Europe, the perspective of these artists on the life of a stranger broadens our understanding and enables us to welcome the difference.

To reveal the pain, the solitude, the cold, the feeling of abandonment, the sadness, the upheaval and the poverty by giving migrants a voice that we generally perceive only through the prism of dire statistics, this is also the aim of the production Haven 010, written by Michael de Cock (‘t Arsenaal) with Judith Vindevogel (Walpurgis). Mourad, a young Algerian with-out ID, hiding in a warehouse in Ostend “like a mouse in a ship’s hold”, is desperately trying to reach England. He meets Eric, Belgian lorry-driver suspicious of foreigners that threaten his employment, and who defines himself as an ant transporting food supplies across the whole of Europe. Michael de Cock, author, journalist and stage director outlines his intentions: “Europe and the world are in flux. The problem isn’t knowing how to resist the extreme right, it’s how to transform everyone’s mentality. When a person is sent back to their country or when they die at sea, we remain indifferent because we don’t know them. My role as an artist is perhaps simply to participate in raising awareness that the world is changing and that we must adapt.”

Haven 010 is punctuated by musical intermezzos orchestrated by Judith Vindevogel. The production finishes with the arrival on stage of a choir of men, women and children, all asylum seekers housed in a detention centre, with whose help the production was prepared. The choir interprets Bach’s cantata « Ach wie flüchtig, ach wie nichtig ist der Menschen Leben » (How fleeting, how vain is the life of men!). Judith Vindevogel explains: “Their arrival on stage represents a brutal invasion of reality into fiction. We hear the words of the cantata sung by people who are telling us something about themselves. We know this repertoire, but suddenly we realize that this song that we thought belonged to European culture belongs just as much to these foreigners who understand it and who give it a different meaning. It reveals for us the futility of spending one’s life in amassing wealth, but for asylum seekers it signifies: “life is short, there’s an urgent need to improve life.”

A similar approach is taken by Dries Verhoeven, Dutch director and set designer in No man’s land (2008). A group of migrants, with whom the director worked at length, come to find spectators beneath the clock in a railway station. Provided with headphones, each spectator follows a guide on a pedestrian outing in the local neighborhood. Whilst each pair that has formed crosses the cosmopolitan sector where the streets and landscapes resemble the back-drop to a film, the headphones broadcast the story of the foreigner, retold by his own voice. The soundtrack acts like a voice off-stage, creating a certain distance which doubles the auditory acuity of a fresh look at the town and its inhabitants. This work reminds us of the words of Dutch producer Johan Van der Keuken: “As soon as a man is filmed, he ceases to be a man and becomes a piece of fiction, filmed material. And yet, he continues to exist. This double-edged truth is loaded with tension. To find an expression for this tension implies: to create an imaginary world and describe therein the human struggle.” (Ceci, cela et comment, 1969).

In the face of renewed populism in Europe, the perspective of these artists on the life of a stranger broadens our understanding and enables us to welcome the difference. Going beyond a simple denunciation of injustices or compassionate sympathy, their artistic creations highlight our own fears, anxieties and cowardice. Granting the foreigner his universal and human dimension, their voice is a powerful bulwark against the blindness of xenophobic passions. It calls us to defend the free movement of people, one of the most significant political achievements within Europe.

This article was originaly published in "The Space Quest, a European Odyssey", a special edition of the magazine Mouvement coedited with Lieux publics in 2011.