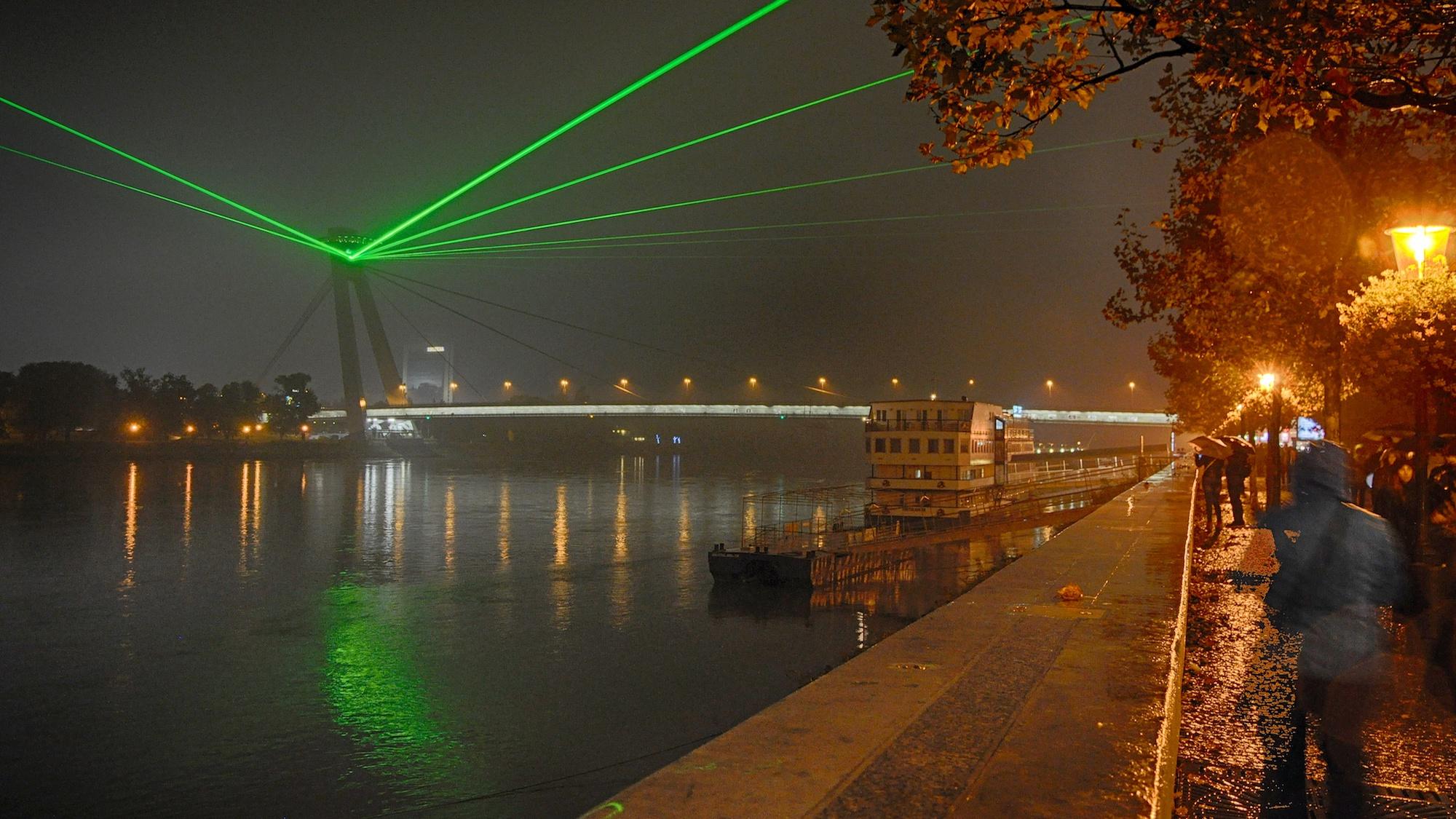 How can artistic creation in (post-communist) Europe continue in a context of economic crisis and democratic regression? We discuss the current climate with three festival directors from Bulgaria, Hungary and Slovakia, and Polish Theatre Director Krzysztof Warlikowski.

Times are tough… what with talk of Grexit, the Brexit, the rise of fascism, the "migrant crisis", border closures, a Slovakian Social-Democratic Prime Minister refusing to allow destitute non-Christian refugees to entrance into the country, an isolated Angela Merkel, French politician Benoît Hamon portraying France as the “dwarf of Europe”, Jude Law visiting Calais’ “jungle” and the far-right Alternative für Deutschland (AfD) coming out on top in the most recent elections with a score unprecedented since 1945... (and the election of Donald Trump, ed.)

After the Charlie Hebdo attacks, Patrick Boucheron and Mathieu Riboulet wrote a chilling but accurate diagnosis of French and European society in their book Prendre dates: “We are beyond the stage of signs and omens. If we strip back the layers from the jumbled mess of daily life, we see the growing, commonplace exasperation of people on the street, manipulation promoted as a principle of government anywhere there  is the merest corner of power to be grasped, a corrupt and failing political landscape… I sometimes think this could be what our French history books referred to, with cosy historical distance, as the ‘rise of perils’ in 1930s Europe.”

France, unusually, seems to be setting the tone in narrow-minded isolationism, but Europe is following closely in its wake. Not only is this a time of widespread economic crisis, but also a loss of ideological reference points and the collapse of the democratic model. Strangely, despite attacks from all sides - political, religious and economic interests – “culture” seems to be the only thing that still brings “Europe” together. European Capitals of Culture are flourishing, cultural networks are coming together, artists are travelling and meeting up – and in Central Europe in particular, becoming increasingly politically engaged. A paradoxical situation exists in various countries, where the dearth of performing arts and art in public space seems to protect its freedom of expression.

We asked three festival directors from Bulgaria, Hungary and Slovakia, and Polish Theatre Director Krzysztof Warlikowski, to tell us how the contemporary arts scene operates in a climate of corruption, populism and censorship.

Vesselina Sarieva has been working for fifteen years to develop contemporary arts in Bulgaria’s second city, with a chief focus on art in public space.

“Around fifteen years ago, when everyone was leaving, I decided to stay in my city. I had always believed in its potential. I started projects with traditional museums  and galleries, but then I organised a festival to bring together different European artists. The public was afraid of galleries because they didn’t have a lot of money, but also afraid of not understanding the ‘grand art’ on display in museums. There was an ambiguous relationship with art. Under communism we used to be asked: ‘What do you see in this picture?’ Artists were expected to portray collectivism and respect for the party. People were afraid of art, and public spaces were  tightly controlled. Art outside of museums was already  a small-scale cultural revolution.

"Under communism there was an ambiguous relationship with art (...) Artists were expected to portray collectivism and respect for the party. People were afraid of art, and public spaces were  tightly controlled. Art outside of museums was already  a small-scale cultural revolution."

Here, like elsewhere in Europe, we are seeing a rise of extremist politics – in particular Volen Nikolov Siderov, leader of the far right Ataka party, which opposes gypsies and democracy. The party has twisted the big socialist ideas, which are still very associated with communism here, and is seeing increasing success. I feel like a socialist, but I can’t be a socialist in Bulgaria, because people who call themselves socialist are really advocating populism and an end to individual freedoms. Politicians have no interest in culture, they’ve got enough on their plate with corruption issues.

For us, art is a showcase to demonstrate that we can bring ourselves up to a European level. In Bulgaria, independents don’t have a say. The Ministry of Culture only supports large institutions. Nonetheless, we still  got into trouble when we exhibited photos by a young Bulgarian artist showing men in high heels in strange poses. People were shocked by their hairiness!” 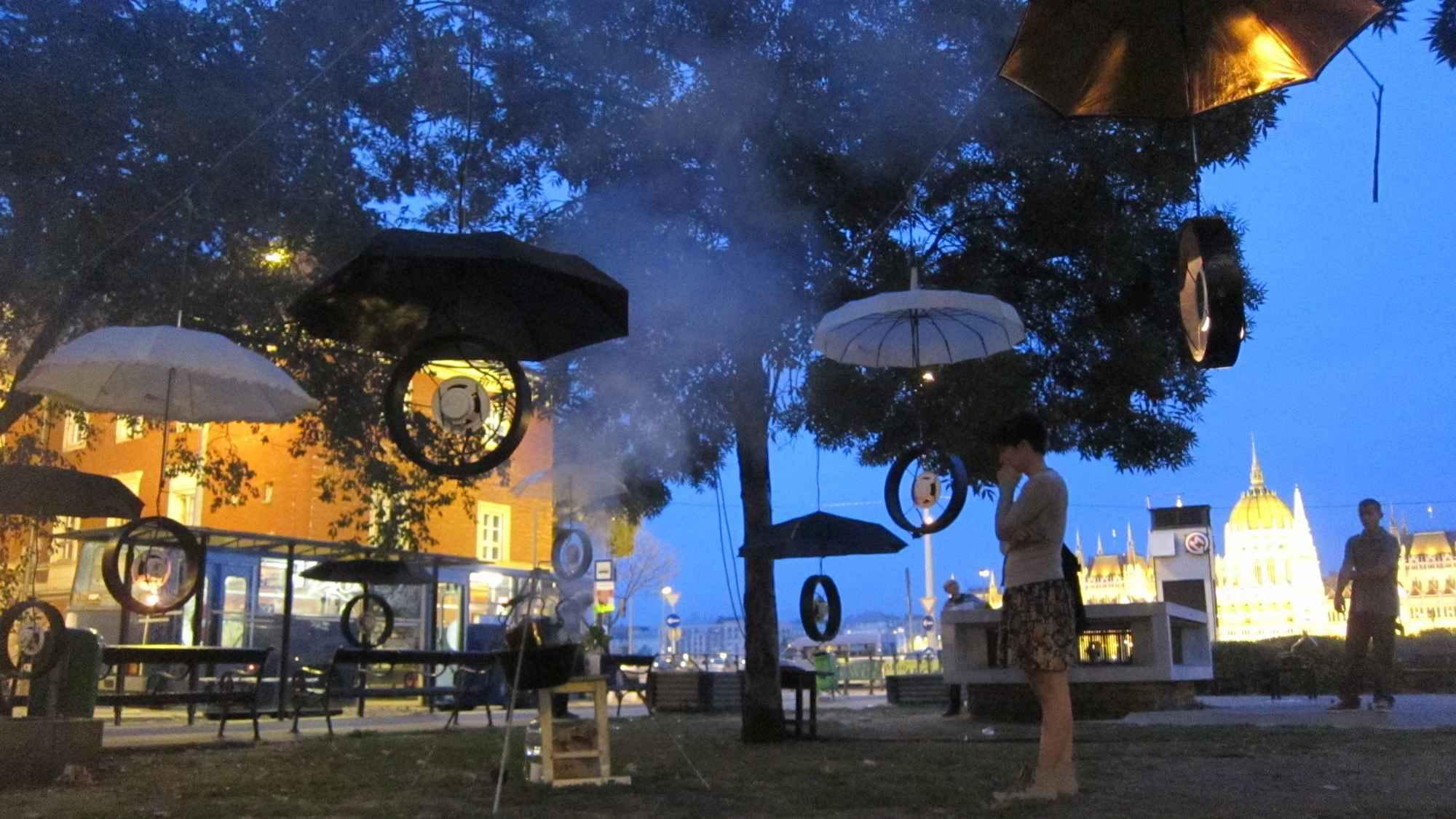 The festival run by Fanni Nánay is in serious difficulty. “We are seeing the same trend as in neighbouring countries. The artistic proposals we receive are ever more politically engaged. The reaction to the migration crisis and isolationist policies has been very surprising. When our government closed the borders in the late summer and refused to accept any more refugees, we all felt concerned. Even though organisations like ours only get support from abroad, that doesn’t stop people from performing. The government doesn’t fund alternative projects – it ignores them completely – but that is not going to stop the performances.”

"The artistic proposals we receive are ever more politically engaged. The reaction to the migration crisis and isolationist policies has been very surprising."

Zuzana Pacáková is working to see various forms of contemporary art emerging in her country.

“We only have a recent history of contemporary art. The issue of how to exhibit and present new artists was one of the key challenges for Košice – European Capital of Culture 2013, because our sparse art institutions are very conservative and backward-thinking. There is no cultural policy to speak of in Slovakia, and there is no audience! One way round this is to perform art in the street – which is a very political space in all post-communist countries.Although some politicians, since Košice 2013, have started to see what reputational and economic benefits culture could bring them, they are scarcely interested in the intrinsic value of art. And like elsewhere in Europe, the populist parties are the ones that take a closer interest…

"There is no cultural policy to speak of in Slovakia, and there is no audience! One way round this is to perform art in the street – which is a very political space..."

Krzysztof Warlikowski | Director and Manager Of The Nowy Teatr In Poland

At the time of the Paris attacks on 13 November,  the Polish theatre director was in Paris to stage Béla Bartók’s Bluebeard’s Castle and The Human Voice by Francis Poulenc at Opera Garnier. He shared his concerns with us about the victory of the right-wing Law and Justice (PiS) party at the Polish legislative elections in October.

“Today Western Europe is shaking in the wake of the attacks, but what is happening in Poland is not reported in the media. Because none of this is being picked up in the West, the PiS (ed: conservative right wing party leading Poland since 2005.) thinks it can go even further. Nobody is exercising any oversight. Integration between Eastern and Western Europe is purely economic. There is no European idea and people have been becoming cynical. In Poland, after the fall of communism, people didn’t understand what was  going on. Frustration and poverty are the reality.  We’ve become Europe’s sink estate.”However in December, Poles were in the street demonstrating against recent government measures, including the replacement of five judges from the Constitutional Tribunal, leading to a constructional crisis unprecedented since 1989. Culture was predictably soon in the crossairs of the new government: “In December 2015, Piotr Glinski (ed: vice-president of the Council and Minister of Culture and National Heritage) asked the National Theatres in Krakow and Warsaw and the National Opera for the planned programmes in order to review them in the light of ‘Polish values.’ The most recent PiS government initiative was to write an article for the Polish Constitution on freedom of expression – to be read out before any shows.Another scandal affected a performance of Death  and the Maiden by Elfriede Jelinek, featuring two porn actors. The Ministry of Culture asked the Region to have the show halted, but the Region replied that if there was any Article of Law that said it should cancel the performance, it would. But they’re still waiting!It just so happens that the manager of this theatre, Krzysztof Mieszkowski, is also a left-wing Member of Parliament in a majority right-wing assembly.The Minister of Culture is also targeting cinema.  When Pawel Pawlikowski’s film Ida won an Oscar, he went on record as saying he would have preferred  the prize to have gone to a Polish patriot. He can control the three national theatres because he funds them through government grants. But he can’t do anything about venues owned or run by the municipalities, like  the Nowy Teatr, which we are opening in Warsaw in April.”

To mark the inauguration of this new theatre, Krzysztof Warlikowski is organising a forum with Europe theatre directors to talk together about  the situation in Eastern and Western Europe.