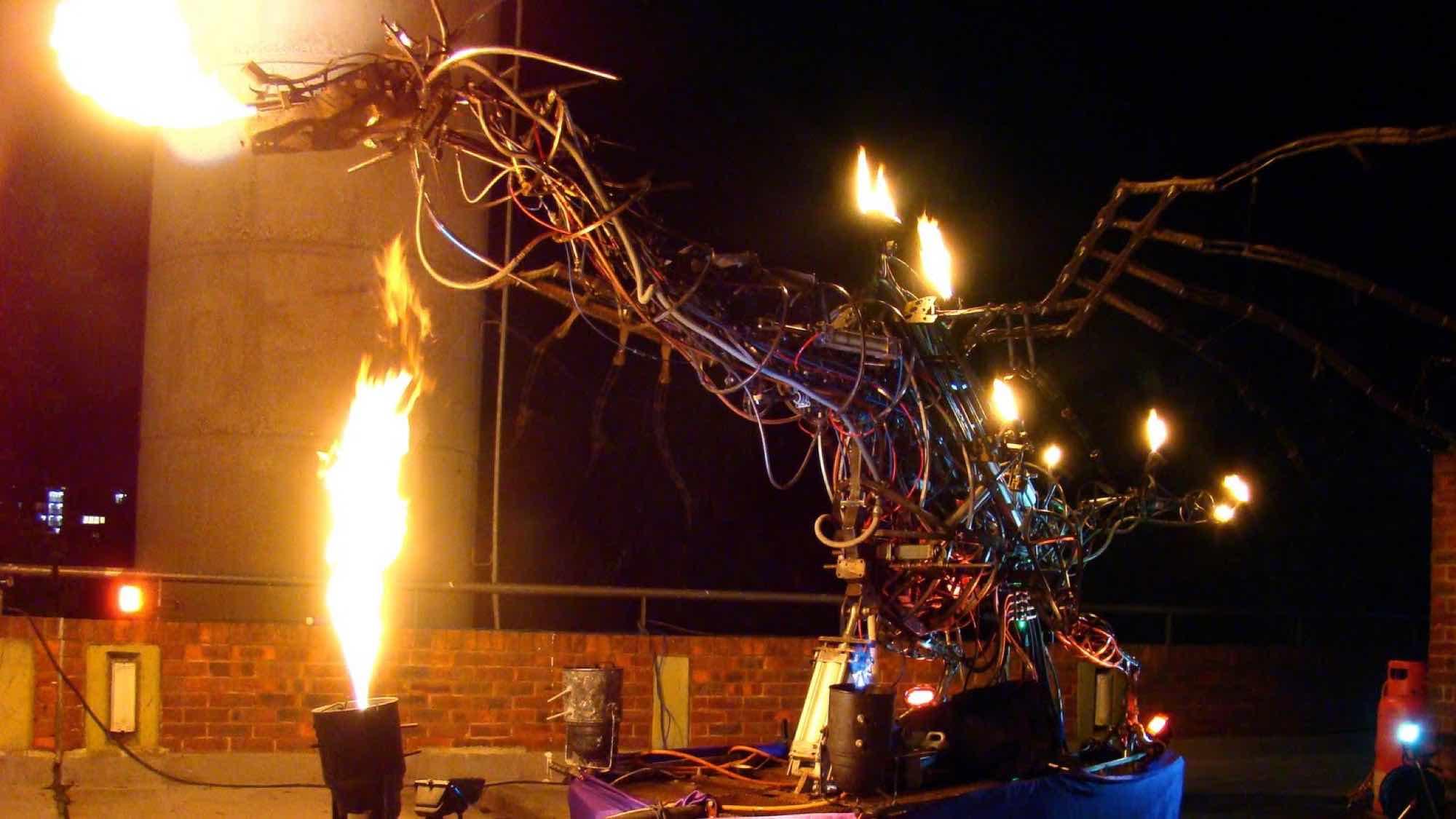 Simon Collins aka “Paka” is a unique inter- disciplinary artist who creates spectacular and engrossing theatrical performance from a mix of large-scale mechanical robotic sculpture, digital media, special effects, dramatic characters, circus, puppetry and audience involvement. He has worked extensively in Europe and the UK for 28 years, both collaborating and producing his own solo work.

His individual hybrid art-form has been developed and in influenced by circus performers such as Archaos sculptors such as Jim Whiting and the edgy, daring traditions of European spectacular street theatre and festivals, traditions which have also spawned contemporary companies such as Mutoid Waste, La Fura dels Baus, Derevo and the infamous DNTT of which Paka was a founding member, key performer and an Artistic Director from 1988 –1997.

His theatre company Black Hole has since produced full length works for theatre such as, “The Singularity” and, more recently “Forget Me Not” – for the London International Mime Festival both of which have received wide spread critical acclaim in the UK. He has also performed Becket for the LIMF. He has worked as a consultant for outdoor events and participated in educational projects. 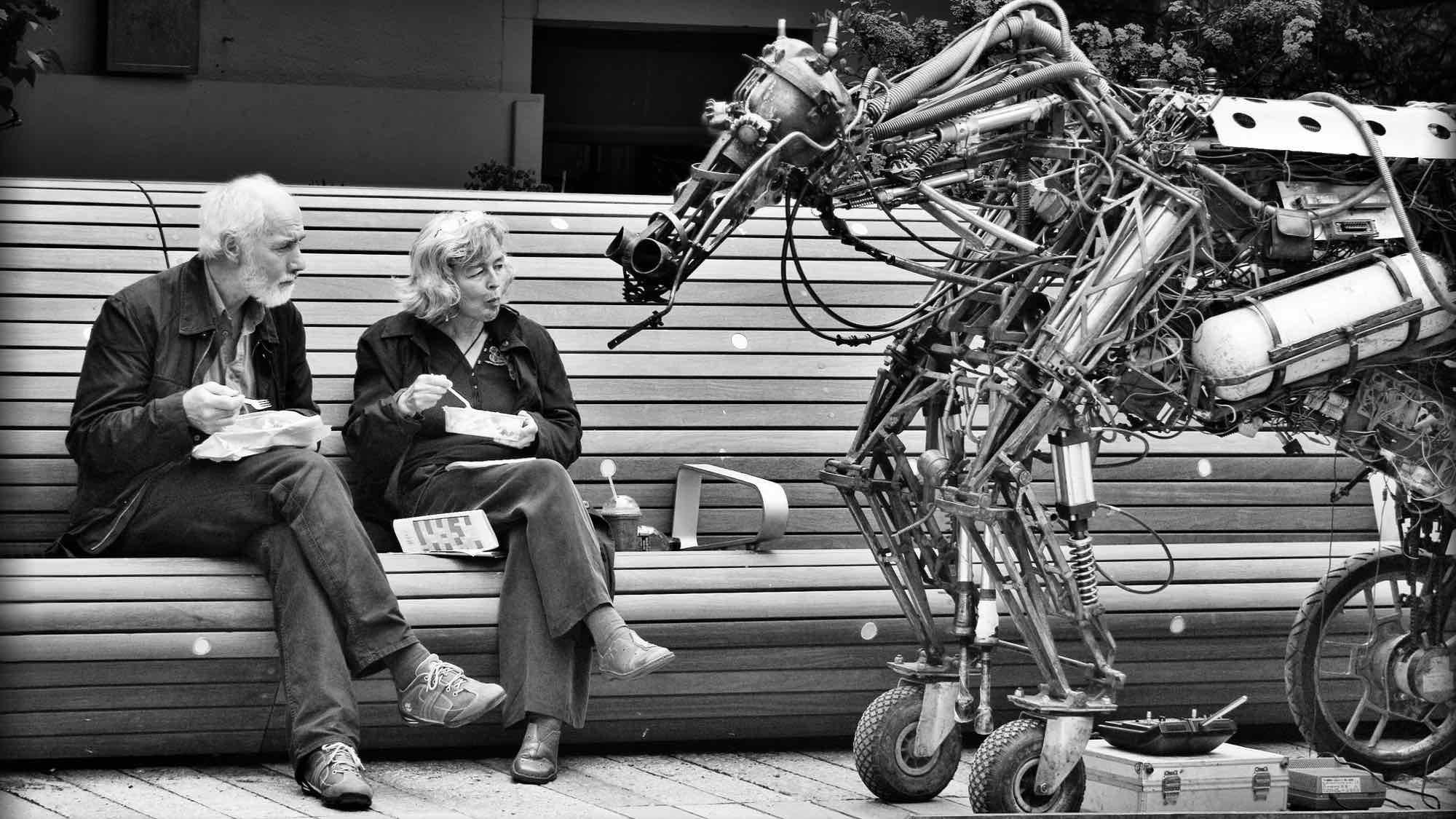 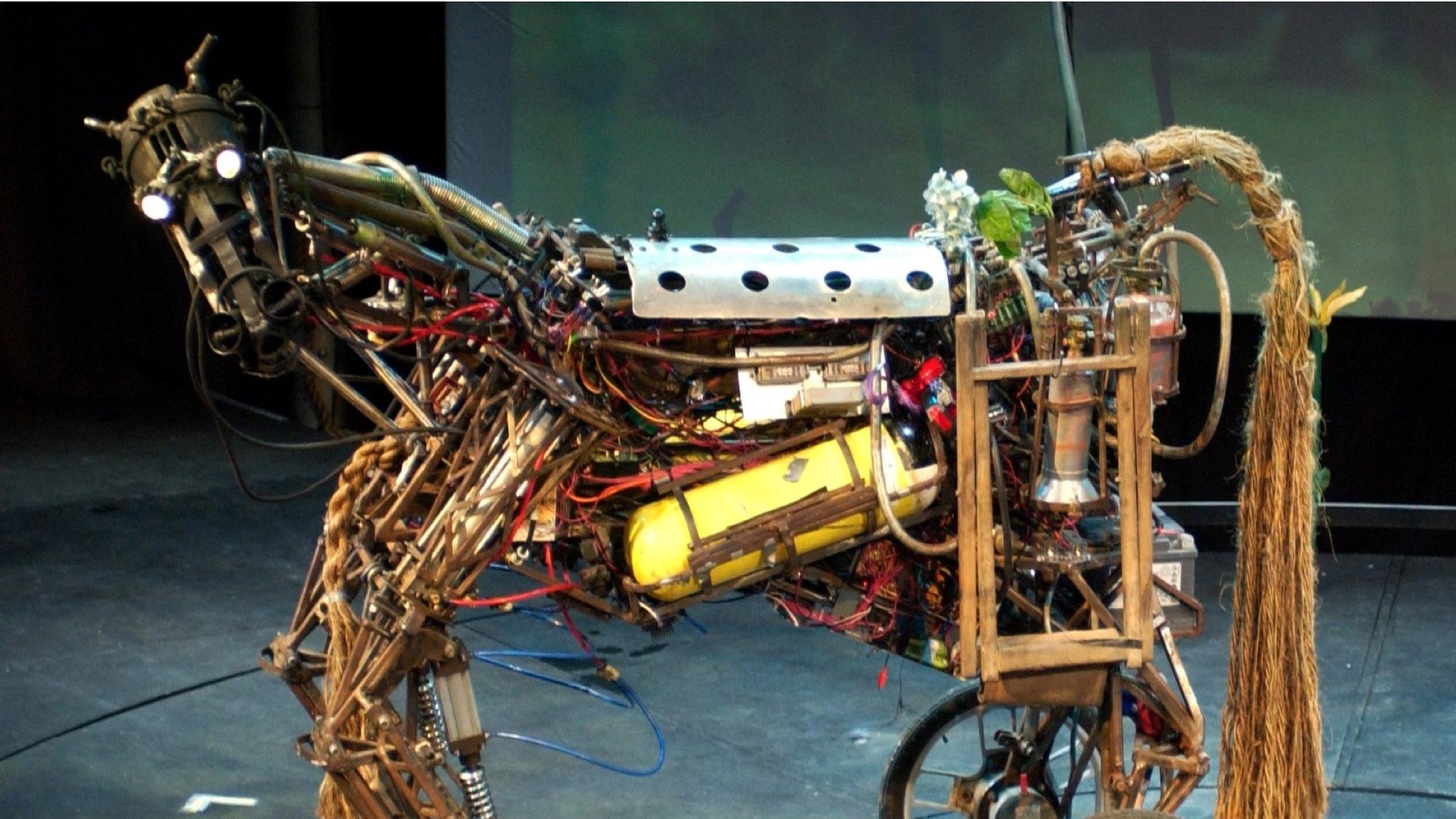